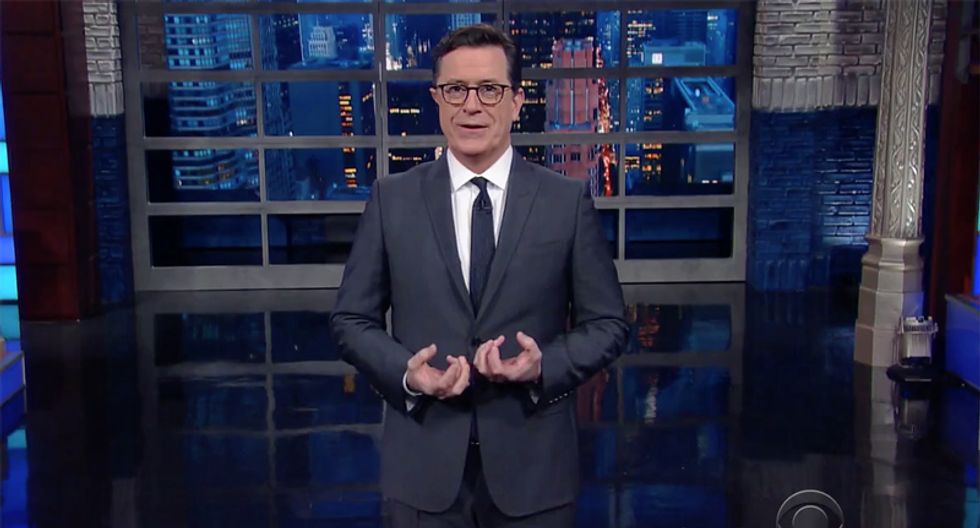 Saying he had spent a  long weekend spent converting his panic room into a "Let's give him a chance room," Late Show host Stephen Colbert ridiculed President-elect Donald Trump's deer-in-the-headlights visit to the White House to meet with President Obama.

"Last week, on his first official visit to the White House, Obama walked him through the duties of running the country, and Mr. Trump seemed surprised by the scope of the job," the CBS host explained. "That's the thing about being a true outsider. you truly don't know how the inside stuff works! It's like a surgeon who prides himself on really knowing the outside of the body. 'You got the arms, you got the legs, how tough could this be? Let's cut him open! Ew, what's all this wet stuff?! Okay, let's start taking out parts and see if that stops it from rattling.'"

"By the end of 'Take your president to work day,'" Colbert quipped, "Mr. Obama realized the Republican needs more guidance. He plans to spend more time with his successor than presidents typically do. So Trump will just follow Obama around, learning as he goes, slowly assuming more and more responsibility."