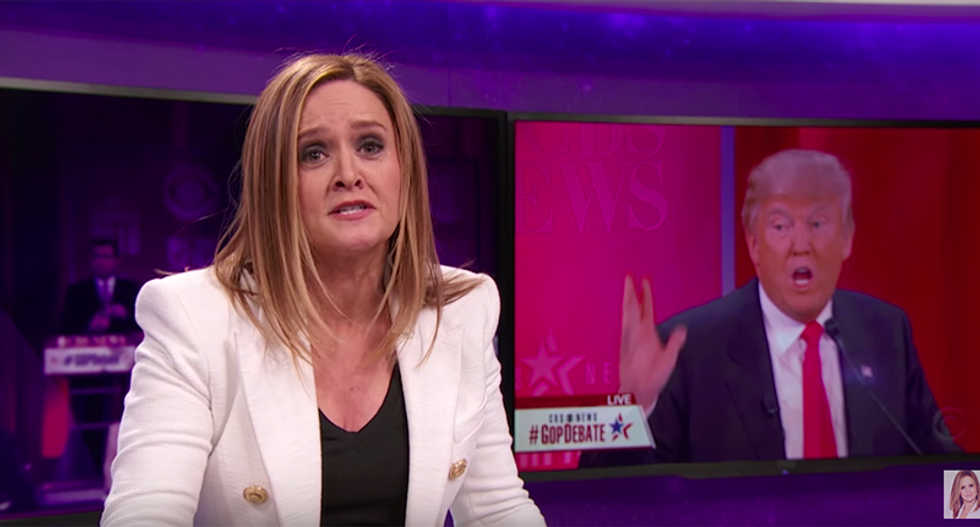 "Full Frontal," which premiered in February, is the only late-night show hosted by a woman on U.S. television, as the industry faces criticism for its lack of diversity.

The late-night slot, popular with younger viewers that appeal to advertisers, has seen several channels launch new shows in the past two years.

TBS is moving the show from Monday to Wednesday, beginning Jan. 11.

The cable network said the show currently averages 3.3 million viewers for each episode, which includes DVR and video-on-demand viewing.

That makes "Full Frontal" one of the three highest-rated late-night shows on U.S. TV this quarter among adults 18 to 49, the demographic most attractive to advertisers. The network said it is outpacing its own third-quarter ratings in that demographic by 37 percent.

"In less than a year, Sam has become one of the most talked-about personalities in all of television and Full Frontal's audience continues to grow," said Thom Hinkle, senior vice president of original programming at TBS, in a statement.

Bee was lauded for her coverage of the 2016 U.S. presidential election by media critics as TBS invested more airtime to her with special live shows during the Democratic and Republican National Conventions, the presidential debates and the night after the election. Many of these special episodes aired on Wednesday nights.

Donald Trump was one of Bee's most frequent targets, as the late-night host ridiculed the Republican candidate for misogynist and racist statements during his campaign. Along with HBO's John Oliver and NBC's Seth Meyers, Bee looks likely to be one of Trump's fiercest critics after he takes office.

"I am only sorry that this renewal leaves me unavailable for a cabinet position in the new administration," Bee said in a tongue-in-cheek statement. "I will, however, be available to host the White House Correspondents Dinner, seeing as I already bought the dress." (Reporting by Tim Baysinger; Editing by Anna Driver and Bill Rigby)