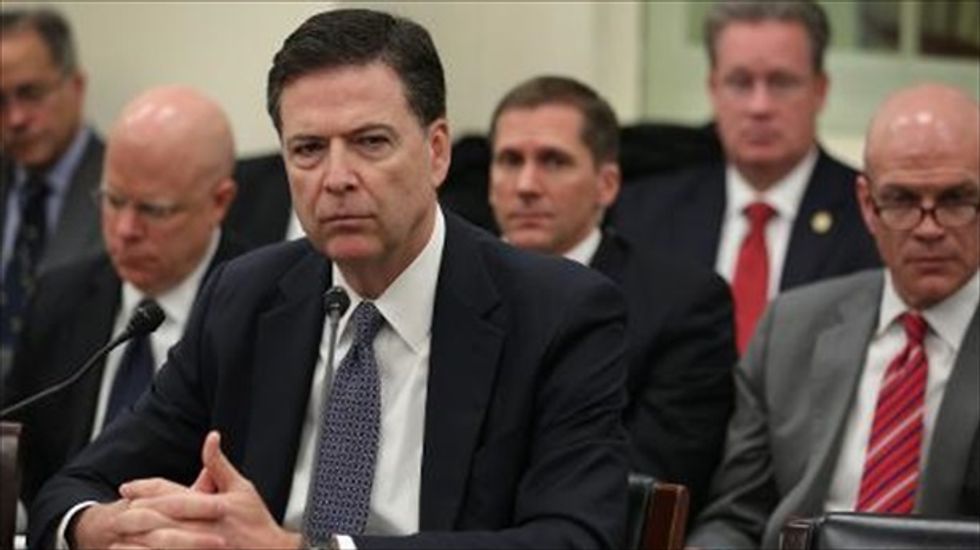 The teen girl who was allegedly sent sexually oriented text messages by former NY Democratic Rep. Anthony Weiner lashed out at the FBI on Wednesday and objected to being used as "political propaganda" in the 2016 election.

According to TheHill.com, the unnamed 15-year-old spoke to BuzzFeed.com against the wishes of investigators, but felt she could not keep quiet in the wake of recent events.

“The FBI asked for me to speak to the media as little as possible. I have tried to stay quiet, but Comey has upset me,” she said. “The last thing I wanted was to have this become political propaganda.”

On Friday, FBI Director James Comey informed "key members of Congress" that in the process of reviewing another case, the bureau had stumbled across emails it believed may be "pertinent" to the investigation of Democratic presidential nominee Hillary Clinton's use of a private email server when she was Secretary of State.

In the days since, Comey has taken heavy criticism from Democrats and Republicans for attempting to potentially sway the presidential election based on a vague and uncertain suspicion that a laptop shared by Weiner and top Clinton aide Huma Abedin, his wife, might contain emails relevant to the Clinton investigation.

The teen girl and her father told BuzzFeed that they had no warning that their case was about to be thrust into the national spotlight. She had just completed a draining, hours-long interview with FBI agents on Friday when her phone rang with a reporter calling for a response to Comey's letter.

Her response was to write an open letter to the FBI director which was published in full by BuzzFeed News.

"I now add you to the list of people who have victimized me," she said. "Your letter to Congress has now brought this whole matter back into the media spotlight. Not even 10 minutes after being forensically interviewed with the FBI for seven hours, I received a phone call from a REPORTER asking for a statement. Why didn’t you communicate with the local FBI agents that I had just spoken to? They could have scheduled our interview sooner or scheduled a time to interview me later, or change locations of the interview. My neighborhood has been canvassed by reporters asking for details about me."

"In his 'cooperation' with you and with his love of the spotlight, Anthony Weiner has given information that led to the media finding me. You have assisted him in further victimizing me on every news outlet. I can only assume that you saw an opportunity for political propaganda," she said.

"I was having self esteem issues when this whole thing started with Anthony Weiner,” she wrote. “Now as a result of my frailty, this could take down the United States presidential election. I mean, come on, who’s in charge of America?”