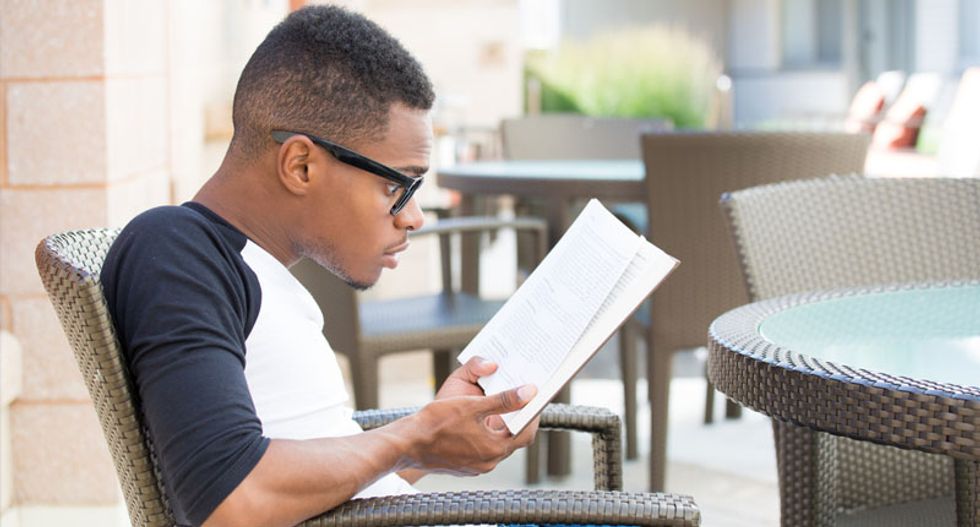 The State Board of Education voted 14-0 Wednesday to deny the adoption of a Mexican-American studies textbook decried by opponents as racist and inaccurate.

The textbook, titled “Mexican American Heritage,” was the only submission the board received when it made a 2015 call for textbooks for high school social studies classes, including Mexican-American studies.

But critics say the book is riddled with factual, “interpretive” and “omission” errors and doesn't meet basic standards for use in classrooms.

Wednesday's vote wasn't the last step, as the board will take a final vote Friday. The only board member not present for the vote was David Bradley. In emails obtained through a state open records request by Texas Freedom Network, a left-leaning advocacy group, the Beaumont Republican had written that a “lack of quorum on [the book] would be nice. Deny the Hispanics a record vote. The book still fails."

Wednesday's vote followed an hours-long public hearing Tuesday, when 35 Hispanic activists and scholars spoke out against the textbook's adoption.

In an interview Tuesday, Cynthia Dunbar, CEO of Momentum Instruction, the publisher of the controversial textbook, said she had sent a letter telling the board their rejection of the book would be "unconstitutional."

Dunbar said that she had addressed opponents’ corrections of the book in a newer draft. Hispanic scholars said the new draft is still inaccurate.

Before the vote, board member Thomas Ratliff addressed Dunbar's comments, saying that the State Board of Education is "not censoring" the textbook.

“I want us to be very clear about the vote we are taking today and Friday,” he said. Nothing prohibits Dunbar from publishing the book as it is or selling it to public school districts, he said. But it will not be on a board-approved list of instructional materials.

“The unanimous vote by the board today is an amazing victory for everyone who showed how inaccurate the book was,” said University of Texas at Austin professor Emilio Zamora, who was on a committee that submitted a list of more than 140 corrections of the textbook. Zamora is working with a co-author to negotiate a contract with a publisher on a Texas Mexican-American studies textbook.

He is determining whether he will meet the schedule for the upcoming 2018 bid.

University of Texas at Rio Grande Valley professor Christopher Carmona said activists would direct their energy toward approaching publishers of existing textbooks on Mexican-American studies and encouraging them to submit to the board’s upcoming bid.

By Aliyya Swaby, The Texas Tribune