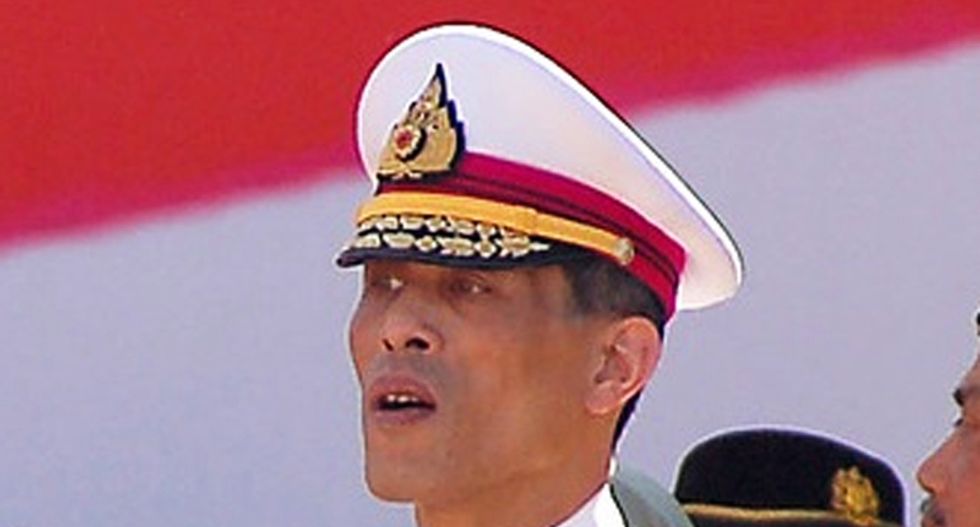 Thailand's cabinet on Tuesday submitted the name of Crown Prince Maha Vajiralongkorn to the nation's rubber-stamp parliament, paving the way for his endorsement as king several weeks after his father's death.

According to procedure, the assembly speaker then has to formally invite the Crown Prince to become monarch before proclaiming the new king to the public.

"I expect the NLA president could be granted a royal audience either tomorrow or the day after," said Prawit, who is the Thai junta's number two, adding everything is "proceeding step-by-step".

Vajiralongkorn is the named successor to King Bhumibol Adulyadej who died on October 13 aged 88, ending a seven-decade reign.

His father's death plunged the kingdom into intense mourning.

It also prompted the Crown Prince to delay his proclamation as king in order to grieve with the nation, according to the junta.

The timeline of his ascension to the throne has been murky, with officials as well as the general public unwilling to speculate on matters involving the monarchy -- an institution protected by a tough lese majeste law.

Tuesday's announcement puts to bed anxiety over the succession.

The prince is currently in Germany, where he spends much of his time.