The Arctic is freakishly hot right now -- 36 degrees above normal 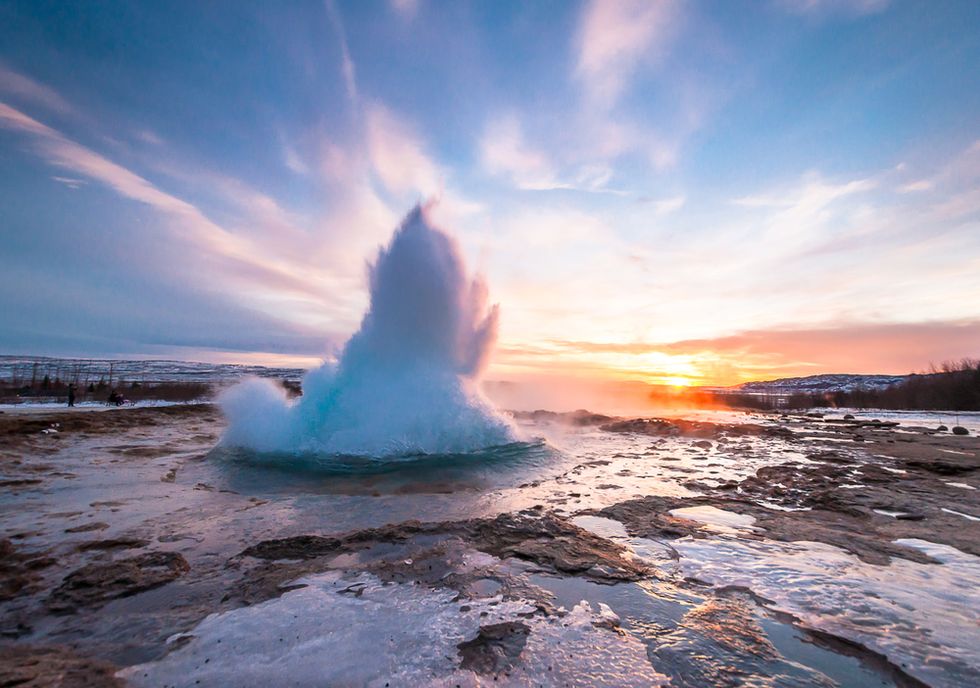 Scientists studying Arctic weather patterns say that the region at the top of the world is freakishly hot for this time of year -- a whopping 36 degrees F (20 degrees C) above normal.

PBS.org reported Friday that as the Arctic Ocean and North Pole spin into polar night, sea ice levels are at record lows and temperatures are far above normal.

Scientists say that a number of factors contribute to the unusually warm polar temperatures. The jet stream is pushing warm, moist air in from the south and showing greater variations from its usual path for longer amounts of time.

Climatologist Jennifer Francis told the program NOVA that "we’re moving toward an increased tendency for the jet stream to get into these big wavy patterns that tend to move more slowly…So the weather that’s associated with them on the surface -- either the storms or the high pressure areas, whatever it is -- are going to stick around longer at a given location.”

This leads to an increased number of severe weather incidents that last for longer periods of time. It also causes more warm, moist air to move into the northernmost parts of the northern hemisphere, which melts Arctic ice, slowing the Jet Stream down even more.

“It will be fascinating to see if the stratospheric polar vortex continues to be as weak as it is now, which favors a negative Arctic Oscillation and probably a cold mid/late winter to continue over central and eastern Asia and eastern North America. The extreme behavior of the Arctic in 2016 seems to be in no hurry to quit,” Francis told the Washington Post.

Climatologist Richard James said on his blog, "It is amazing to see that the warmth has become even more pronounced since the end of October.”

Mark Serreze, head of the National Snow and Ice Data Center in Boulder told the Post that what's happening is a "double whammy."

Lack of sea ice has led to a “very warm underlying ocean," he said. Jet Stream anomalies then pump warmer air into the Arctic and drive colder air into Siberia.

“The sea ice is at a record low right now, for this time of year, that’s one thing,” Serreze said. “And why it’s so low -- again, there’s so much heat in the upper ocean in these ice-free areas, the ice just can’t form right now. The ocean’s just got to get rid of this heat somehow, and it’s having a hard time doing so.”

NASA commemorates those lost in 3 tragedies on Day of Remembrance

KENNEDY SPACE CENTER — It has been nearly 20 years since the seven crew members aboard Space Shuttle Columbia didn’t make it home, and NASA leaders gathered Thursday to commemorate their lives as well as those from Space Shuttle Challenger and Apollo 1 on the Day of Remembrance. The somber annual event ties together the three fatal incidents as well as remembering others who died in the pursuit of space exploration. The anniversaries of Apollo, Challenger and Columbia fall within six days of each other. The Apollo 1 fire that killed Virgil I. “Gus” Grissom, Edward H. White and Roger B. Chaffee...