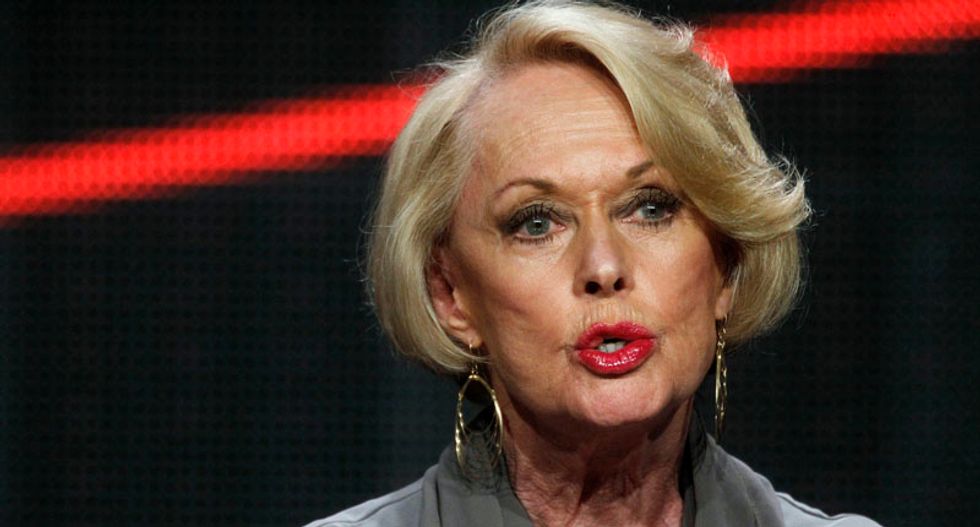 Actress Tippi Hedren graphically chronicles in a new memoir incidents in which she says she was sexually assaulted and harassed by famed British director Alfred Hitchcock during her star turns in "The Birds" and "Marnie."

"Tippi," which goes on sale on Tuesday, documents Hedren's rise from fashion model to movie star and "Hitchcock blonde" after the director spotted her in a commercial and cast her in the lead of the 1963 thriller "The Birds."

The book by Hedren, mother of actress Melanie Griffith and grandmother to "Fifty Shades of Grey" star Dakota Johnson, offers a rare, first-person account of the rotund "master of suspense" that contrasts sharply with Hitchcock's public image as a mild-mannered, self-effacing English gentleman.

What emerges is the unflattering portrait of a powerful director who nursed a dark, uncontrollable obsession with the icy-blonde leading ladies of his films.

Hitchcock died in 1980 at age 80. A representative for his estate did not immediately return requests for comment.

Hedren, 86, recalled Hitchcock making unwanted advances during her grueling six-month shoot for "The Birds" in 1962, including one encounter while riding back to her hotel with the filmmaker in his limousine.

"With no warning, he threw himself on top of me and tried to kiss me," she wrote. The actress said she pushed the director away and left the vehicle.

The breaking point, she wrote, came in 1964 during production of Hedren's second Hitchcock film, "Marnie," when the director "suddenly grabbed me and put his hands on me."

"It was sexual, it was perverse, and it was ugly, and I couldn't have been more shocked and more repulsed," she added, alleging that Hitchcock threatened to ruin her career when she insisted on ending her contract, which she did that day.

"It was the early 1960s. Sexual harassment and stalking were terms that didn't exist back then," she wrote.

"Besides, he was Alfred Hitchcock, one of Universal's superstars, and I was just a lucky little blonde model he'd rescued from relatively obscurity. Which one of us was more valuable to the studio, him or me?"

"The Birds," about a California town terrorized by a vicious flock of birds, is often named among the best horror films in American cinema.

Hedren's experiences with Hitchcock were dramatized in HBO's 2012 film "The Girl," and stars actress Sienna Miller as a young Hedren being coached, manipulated and tormented by Hitchcock.

The film features the limousine incident and sees Hedren terminate her contract with Hitchcock when he demands she be "sexually available" to him at all times.