The Democrats must change - here's how they can do it 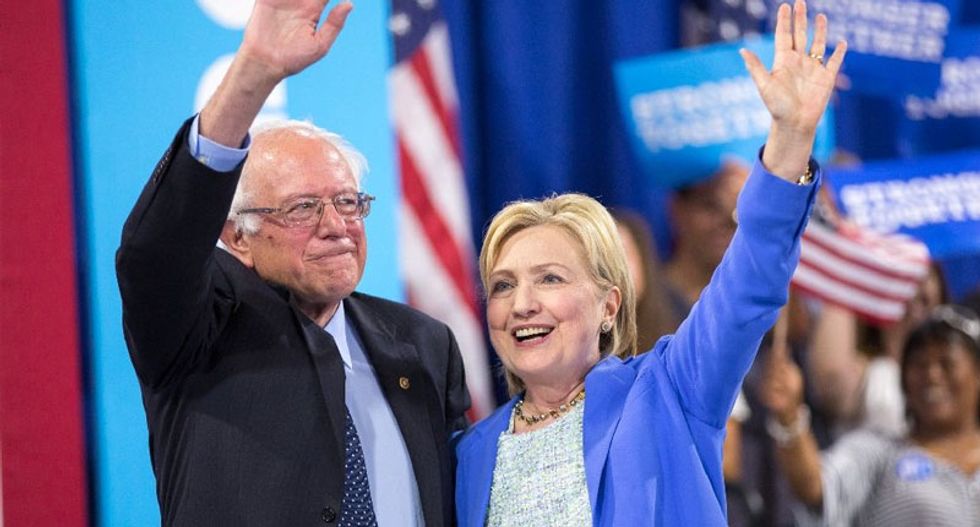 For the Democratic Party, the shock of the 2016 election loss, having failed to make headway in the Congress, and losing their seat in the White House represents a moment of necessary soul searching.

Republicans will soon dominate every branch of government, including a clear majority of state governorships. It will be Trump, rather than Obama or Clinton, who fills the vacancy on the Supreme Court. The Democrats are at a low point, hurting from an election result that they did not foresee, but one that they could have prevented.

This loss stems from fundamental problems in the way the party operates. Change is needed.

If it comes, it should take place in at least three key areas: re-establishing the Democratic voter-base, democratising the primary process, and fundamentally reforming the party machinery of the Democratic National Committee (DNC) so that it supports, rather than undermines, its own democratic tradition.

Who are the “real” Democrat voters?

With the advantage of hindsight, the free flowing accusation against many Democrat supporters is that they live “in a bubble”. The truth is that everyone does: we are used to our immediate environment, generally unused to radically different ones.

However, the “bubble test” as author Charles Murray would call it, remains useful in understanding the Democratic Party’s 2016 loss. The party’s new base are “progressive-liberals” (who were targeted by Clinton’s identity focused campaign), based mainly in the north-east and west of the country. But the party also assumed that the blue collar and “rust belt” voters would remain faithful (unable to remember the exodus of “Reagan Democrats” in the 1980s).

In these voters’ minds, however, the Democratic Party abandoned them long ago. Their votes were an expression of finally being released from a trap: the Democratic platform largely favoured free trade (Obama championed it), and when Trump suggested that he would rip up free trade agreements and stand up to China (whatever that may mean), he gave them license to leave.

Their votes were not for the Republican Party per se, nor even for the “Trump Party”. They were for an economic platform they had not seen in decades: Trump offered them the prospect of protectionism in the form of standing up to China and Mexico (however that might occur), and abandoning the Trans-Pacific Partnership.

The Democrats must recognise how important these issues are to many of its former “base”, and decide how closely it aligns with free market economic principles. There is furious agreement amongst “elites” that free trade works, but this is not so amongst the working class.

This voter base, once assumed to be Democratic-leaning thanks to the former power of the union movement, is now politically homeless. The Democratic Party needs to decide whether they want these voters, and either adjust their economic platform or better explain the merits of free trade — but they can no longer assume this once critical vote.

The importance of primaries, and reforming the DNC

The systemic problems of the election reflect wider issues in the primary process. The loss of the blue collar vote in 2016 stems from them - it is no coincidence that Sanders’ popularity came from the very areas that became so critical to Trump’s win. The Democratic Party fundamentally missed this problem early on, and contributed to its own demise.

In the end, Clinton won the nomination, but the role of the very undemocratic super-delegates, as well as the sense that the primary elections were “rigged” (an idea Trump would later seize on) to favour Clinton, disenfranchised or disheartened non-Clinton supporters, including many voters that needed to be mobilised in the general election.

These issues point to easy fixes for the party: the easiest is to remove super-delegates from the nominating process, which hurt the party brand in the general election.

Also,rather than discourage viable candidates from entering the process, the DNC should ensure that as many enter as possible, and use the primaries as a means to vet, and establish the best candidate as fairly as possible.

But another critical change should come in the way the DNC is administered. It should be, but is not currently, an independent and fair umpire of its own elections. One of the many damaging revelations in the Clinton email scandal was to confirm what many already suspected: the DNC was actively colluding with the Clinton camp, against challengers like Sanders.

At the conclusion of the primary process, any successful nominee should appear to have won fairly. If a party is seen as favouring nepotism and dynasty over democracy, it de-legitimises its candidate, and hurts its chances at elections. The key to political success will come from open, free primaries: the building cynicism in the electorate can no longer abide the notion that the fix is in.

The slim possibility of change

Such fundamental changes are technically easy (the party writes its own rules after all), but politically difficult to bring about.

Entrenched interests may need to step down or minimise their roles, and reforming the primary process and party rules can yield outsider nominees that may appear to be riskier contenders in a general election. But, such is the nature of democracy. Attempting to override the will of the voters in the primaries, as 2016 has shown, can cost a party dearly in the wider electorate.

The Democratic Party currently feels as if the sky is falling, but it will endure. Its challenge now is to pick itself up, remake itself in the image of its own name, and become a truly democratic party.