'They need to be dead and buried': Legal gadfly plans to use recount to 'finish the Clintons off' 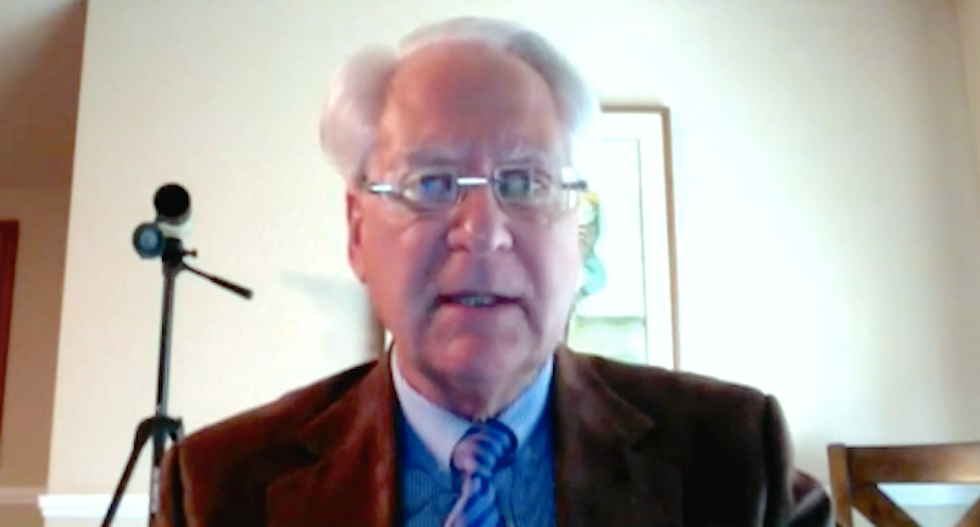 Cybersecurity experts have urged Hillary Clinton to ask for a recount in Michigan, Pennsylvania and Wisconsin to ensure hackers had not tampered with the results, and Klayman accused her of trying to overturn the election results.

"We need to finish the Clintons off, legally," Klayman told Newsmax TV. "They need to be dead and buried, legally, because they're going to come back like the Wicked Witch. A house needs to be dropped on her right now."

Klayman and his group, Freedom Watch, hope to intervene in the recount as his previous group, Judicial Watch, did in 2000, when the conservative group conducted its own tally of Florida votes during the Bush-Gore presidential election.

"We just want a fair result, we're not favoring anybody," Klayman said. "But these people are criminals, they're crooks."

Klayman said his group would need at least as much as the $7 million raised by Green Party candidate Jill Stein to conduct the recount, and he said his group hopes to court supervision of the recounts and prove examples of fraud had already taken place.

"We know the Democrats engage in fraud on a regular basis," Klayman said.