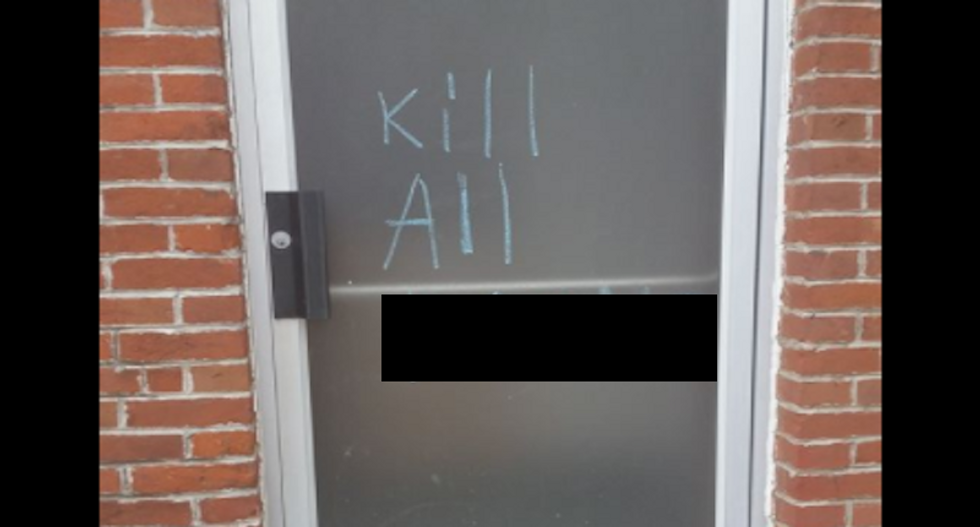 A historically black church that was established and built by former slaves in Evansville, Indiana in 1866 was defaced with racist graffiti, Fusion reports.

Members of the Liberty Baptist Church were celebrating their annual Thanksgiving dinner when a neighbor called the reverend to report the graffiti that was spotted on the back door of the church. It read, "Kill all k**ns" and a nearby van in the back had the words, "K**ns inside."

Reverend Todd Robertson told the Evansville Courier and Press, "I’ve been the pastor here for 17 years and we’ve never had anything like this."

Robertson added, "I know there seems to be a rise across the country of ill will toward certain groups of people. But we keep preaching, we will overcome evil with good."

Another threatening message was reportedly found at the church three weeks prior. "Don’t get me wrong, it is upsetting,” Robertson explained. “You do feel violated when somebody does that to your place of worship, the place where you go to feel peace."

The Reverend expressed that he hopes the perpetrator is found and held accountable. He added that even though it's upsetting to see this kind of hate, "People ought to be aware that there are some people in our area who have this mentality."