'This is our moment': Trump's win emboldens activist behind effort to 'make rape legal' 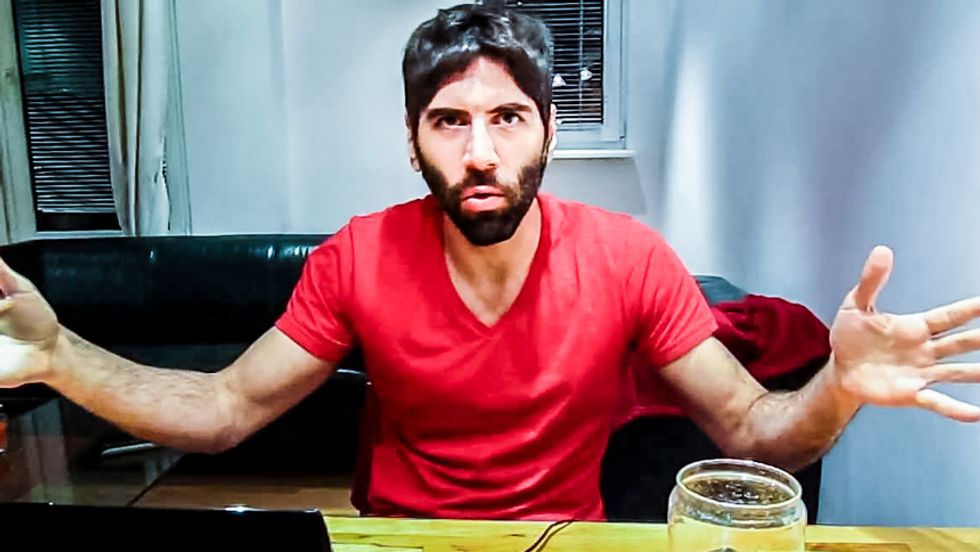 The spokesperson for a group which advocates for "legal" rape praised the election of Donald Trump for legitimizing the "masculine behaviours that were previously labelled sexist and misogynist."

In a post on his website, self-styled “pick up artist” Daryush “Roosh V” Valizadeh suggested that Trump's election had made it acceptable to call women "fat pigs."

Valizadeh, who has called to "make rape legal" on private property, interpreted the decision of the American people to mean "that you can exercise your free speech, your opinions, and your desire to flirt with attractive women without having to obey a speech police force."

I’m in a state of exuberance that we now have a President who rates women on a 1-10 scale in the same way that we do and evaluates women by their appearance and feminine attitude. We may have to institute a new feature called “Would Trump bang?” to signify the importance of feminine beauty ideals that cultivate effort and class above sloth and vulgarity. Simply look at his wife and the beautiful women he has surrounded himself with to remind yourself of what men everywhere prefer, and not the “beauty at every size” sewage that has been pushed down our throats by gender studies professors and corporations trying to market their product to feminist fatsoes. The President of the United States does not see the value in fat women who don’t take care of themselves, and neither should you.

We now have a President who will not encourage anti-male propaganda, rape culture, and female victimhood. While I do have minor concerns on the influence of his feminist-minded daughter, Ivanka, Trump will not continue the attack on men that has been institutionalized since the sexual revolution and accelerated during the eight years of Obama. Because our current cultural dystopia is the result of intense long-term manipulation, it is more than enough for Trump to simply not touch the gender issue to allow the culture to return to a more patriarchal order. Stop feeding the rot and it will die off, allowing biology to naturally reassert itself.

According to Valizadeh, Trump does not need to take any specific actions to fortify the rights of men because his "presence automatically legitimizes masculine behaviors that were previously labeled sexist and misogynist."

"This is our moment. The door is opening for a renaissance of masculinity where men can take pride in being men, and the best part of it is that we don’t need to wait for Trump to do anything," he proclaimed. "His victory is more than enough for us to apply our own individual strength in seizing the bull’s horns where we can come out of the politically incorrect closet and assert our beliefs and behaviors."