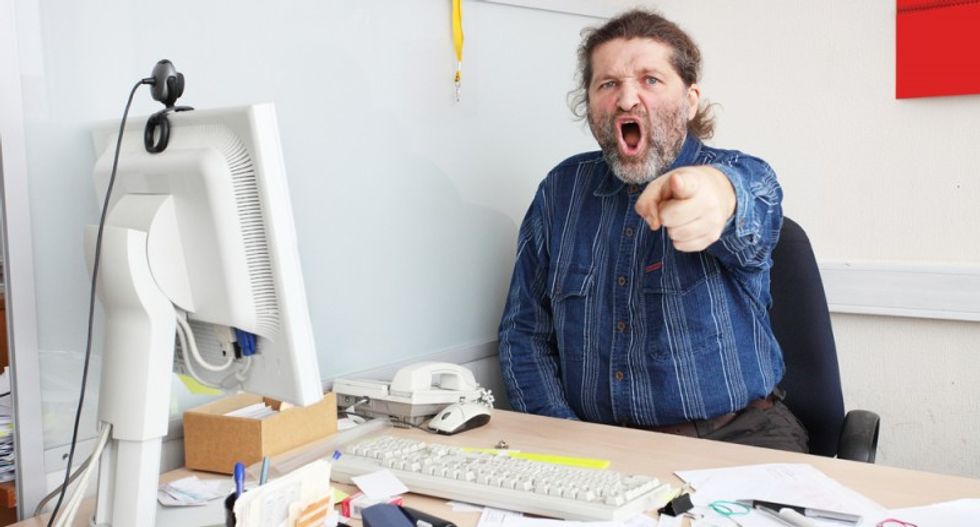 A relatively inconsistent fan of  Donald Trump has declared war on a Huffington Post columnist, calling him a "stupid Jewish faggot" for writing critically about the president-elect before saying, "I love Donald Trump because he is anti-semitic and anti-islamic."

According to the writer who signed the letter "A former Prairie School Student and Huge Donald Trump Support [sic] and Huge Supporter of the Christian Coalition," Michelson should consider his job at HuffPo on the line.

Pointing out that Trump won the election, the writer told Michelson, "I see that you are not happy with the election. I would suppose that you would not be given that you are a stupid Jewish f*ggot." The writer goes on to say that a signature drive has begun to get the editor booted from the website for not being a fan of Trump before offering up a rambling tribute to the president-elect.

"I love Donald Trump because he is anti-semitic and anti-islamic. He is also xenophobic," the letter reads. "Once I receive about 1000 signatures I will send them to your bosses at the Huffington Post to have you removed immediately. In addition, I am in the process of filing a civil suite [sic] against you and the Huffington Post for your postings on Facebook."

You can go here to read Michelson's response.