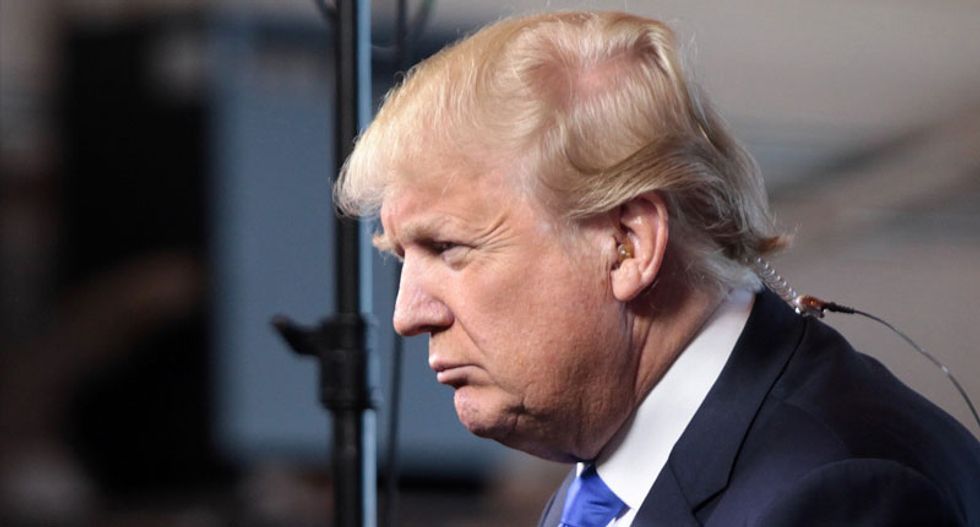 As part of his Sunday Twitter meltdown over requests for a recount of the 2016 vote in certain states, President-elect Donald Trump falsely claimed that "millions of people" voted "illegally" for Democratic nominee Hillary Clinton, which is why he lost the popular vote by more than two million votes.

"In addition to winning the Electoral College in a landslide, I won the popular vote if you deduct the millions of people who voted illegally," he tweeted Sunday afternoon.

In addition to winning the Electoral College in a landslide, I won the popular vote if you deduct the millions of people who voted illegally
— Donald J. Trump (@Donald J. Trump) 1480278643.0

"Illegal aliens" voting for Clinton was a popular right-wing bugaboo in the lead-up to the election. Hucksters like James O'Keefe of Project Veritas and conspiracy monger Alex Jones fraudulently alleged that busloads of Mexican citizens were being brought in to vote for Clinton.

Trump appears to have taken those reports as gospel and Twitter users let him have it.

@realDonaldTrump you are not uniting the country, by questioning the electorate you are ripping us apart.
— Al Letson (@Al Letson) 1480281736.0

Hey Donald - it’s over. You won. You don’t have to keep lying to your delusional followers any more @realDonaldTrump https://t.co/1GrPA02kok
— Charles Johnson (@Charles Johnson) 1480279020.0

Dear Donald Trump, can you at least TRY and behave like a president and not a whiny child? #NotMyPresident
— NicoleK (@NicoleK) 1480285875.0