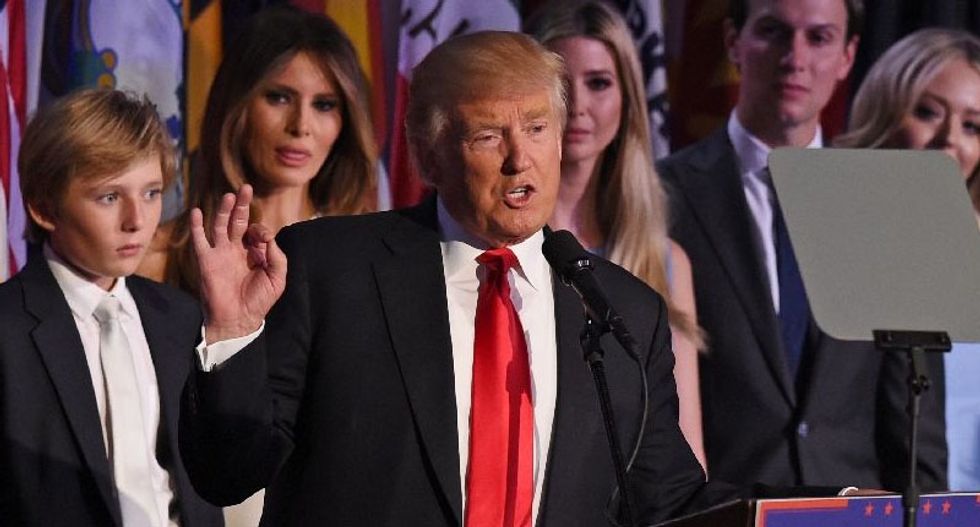 With his shock victory in the race for the White House, President-elect Donald Trump at last is in position to deliver on one of his most strident campaign promises: to repeal Obamacare.

With fellow Republicans in control of the US Congress, Trump has the means and ostensibly a mandate from his party to gut the law. But he may find the reality is more challenging.

However, after Trump met President Barack Obama last week he seemed to backpedal on his intentions.

Candidate Trump vowed to "completely repeal" the Affordable Care Act and describing it as a "total disaster."

But after his win, President-elect Trump said he hoped to preserve two of the most popular features: allowing children to stay on their parents' plans until age 26, and forbidding insurance companies from denying coverage to people with pre-existing conditions.

The latter element is popular even with Republican lawmakers who have attempted on scores of occasions to repeal Obama's landmark health reform. Trump told the television newsmagazine "60 Minutes" it was "very much something we're going to try and keep."

Yet analysts say keeping those features will be difficult if not impossible if Trump's reform abolishes another key part of Obamacare, the so-called "individual mandate." That is the requirement that Americans carry health coverage regardless of whether they are sick or healthy.

To cover the cost of providing coverage for sicker patients, health insurers depend on the revenue they get from the healthy enrollees that Obamacare required to buy in.

If that requirement is eliminated, "that's basically going to cause a death spiral," Sandy Ahn, a research professor at Georgetown's Health Policy Institute, told AFP.

As insurers lose income from departing healthy consumers, they will raise premiums, putting coverage out of reach for many.

"The health care markets will look like they did before the Affordable Care Act," said Ahn.

In fact, problems getting enough healthy young people to sign up for insurance has already contributed to rising premiums. The administration late last month announced that costs will jump by an average of 25 percent next year.

Individual US states already have experience with this dilemma. When Kentucky attempted in the 1990s to guarantee coverage without instituting an individual mandate, it saw 43 of 45 insurance companies flee its market over seven years. Similar outcomes occurred in New York and New Jersey.

Already there are signs that a "Trump effect" is roiling the health care market. In just the day after Trump's victory, enrollments in the Obamacare individual marketplace surged to 100,000, the government said.

By early next year, providers will have to settle on premium rates but they currently do not know whether the public subsidies that help low-income consumers will exist by then.

Some in the resurgent GOP may fear a backlash.

"Clearly, we don't want to do any harm to people already in the system," Mississippi Republican Senator Roger Wicker told Bloomberg last week.

Since Obamacare took effect, 20 million people gained health coverage, pushing the level of the uninsured below 10 percent, an historic low. And one survey found more than 80 percent of whose who gained coverage are happy with their plans.

The Congressional Budget Office estimated about 22 million people would have lost their coverage, with a large share being children and the poor, had congressional Republicans succeeded in repealing Obamacare early this year.

Trump's softening stance also may cause him problems among supporters.

Michael Cannon, director of health policy studies at the libertarian Cato Institute and a critic of Obamacare, warned Trump risks alienating his most ardent supporters if he fails go through with a full repeal, including eliminating the ban on denying insurance to those with pre-existing conditions.

"That's going to be a big problem not only for President Trump but also for a lot of congressional Republicans," he told AFP.

"President Trump could be starting his administration by signalling that he's no different from anyone else."

Representatives for Trump and for Paul Ryan, the Republican leader in the House of Representatives, did not respond to requests for comment.