US justices sympathetic to death row inmate on intellectual disability 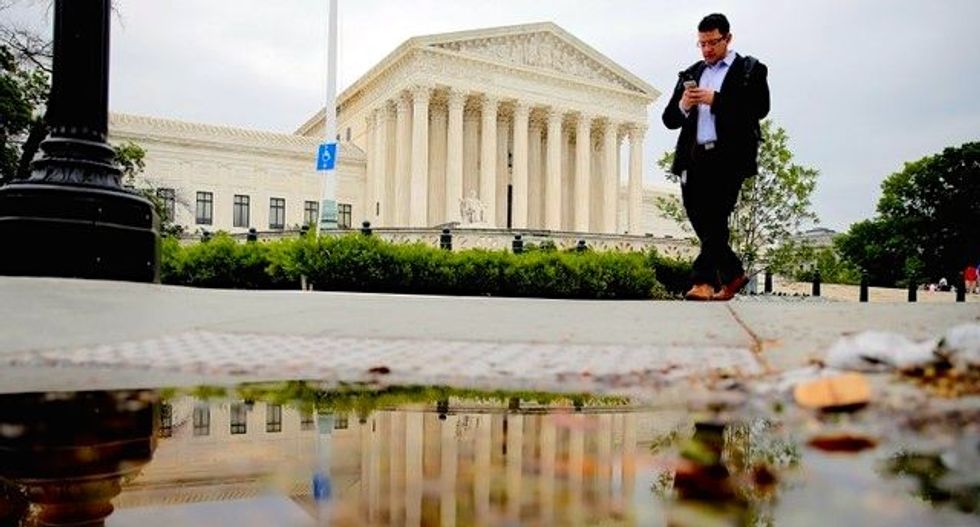 A pedestrian walks in front of the U.S. Supreme Court building in Washington, U.S. May 19, 2016. REUTERS/Carlos Barria

A majority of U.S. Supreme Court justices on Tuesday appeared ready to side with a man sentenced to death for a 1980 Houston murder who is challenging how Texas gauges whether a defendant has intellectual disabilities that would preclude execution.

The Supreme Court ruled in 2002 that the execution of people who are intellectually disabled violates the U.S. Constitution's ban on cruel and unusual punishment. At issue in the arguments the eight justices heard on Tuesday was whether Texas is using an obsolete standard to assess whether a defendant is intellectually disabled.

Bobby Moore, convicted at age 20 of fatally shooting a 70-year-old grocery clerk during a 1980 Houston robbery, is challenging his sentence in Texas, which carries out more executions than any other U.S. state.

Moore's lawyers argued that a lower court that upheld his sentence wrongly used an "outdated" 24-year-old definition used in Texas when it determined he was not intellectually disabled.

Based on the questions asked during the argument, the justices, equally divided between liberals and conservatives, appeared likely to rule for Moore, 57. Justice Anthony Kennedy, a conservative who sometimes sides with the liberals, looked likely to be the key vote. Kennedy and two other current justices were in the majority in the pivotal 2002 ruling precluding executing people with an intellectual disability.

Moore's appeal focused on how judges should weigh medical evidence of intellectual disability. His lawyers said that a lower court found that Moore's IQ of 70 was "within the range of mild mental retardation."