US may have committed war crimes in Afghanistan: ICC prosecutor 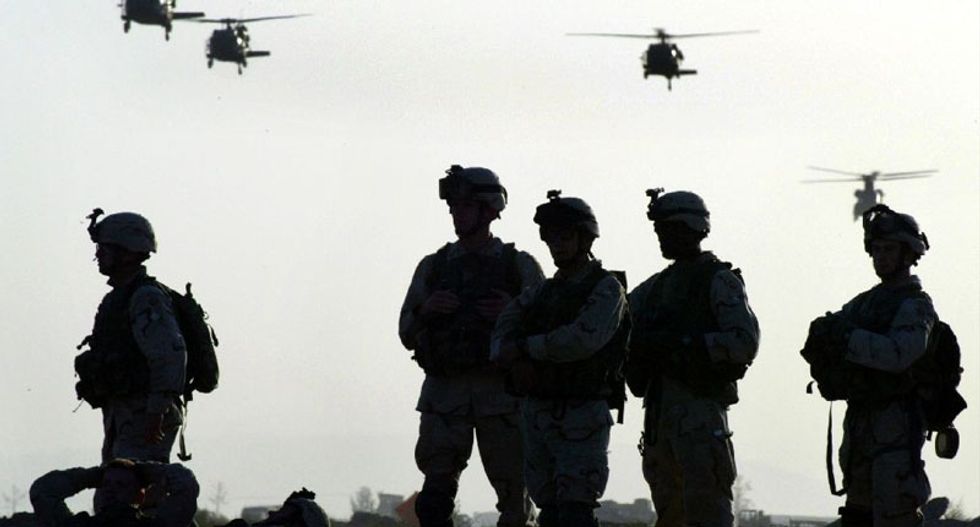 US forces may have committed war crimes in Afghanistan from 2003-2004 by torturing prisoners in what appeared to be a deliberate policy, the chief prosecutor of the International Criminal Court said Monday.

Unveiling the results of a lengthy initial probe into atrocities in Afghanistan, prosecutor Fatou Bensouda said she would decide "imminently" whether to ask to launch a full-blown investigation -- and take the world's only permanent war crimes court into uncharted territory.

She stressed that the Taliban militia and the affiliated Haqqani network, Afghan government forces and US troops as well as the CIA all appeared to have carried out war crimes since the Islamic militia was ousted by a US-led invasion in 2001.

And she blamed the Taliban and its allies for the deaths of some 17,000 civilians since 2007 to December 2015 in a brutal insurgency with "numerous attacks" on schools, hospitals and mosques.

But for the first time, Bensouda highlighted allegations of "war crimes of torture and related ill-treatment, by US military forces deployed to Afghanistan and in secret detention facilities operated by the Central Intelligence Agency".

There was a "reasonable basis to believe that" during the interrogation of detainees, "members of the US armed forces and the US Central Intelligence Agency resorted to techniques amounting to the commission of the war crimes of torture" as well as cruel treatment and rape.

If Bensouda does ask judges to authorise a full-scale inquiry, the tribunal would be taking on its most complex and politically controversial investigations to date.

But the United States has not ratified the court's founding Rome Statute, and it is unlikely Washington would cooperate in any investigation which would expose US forces for the first time to the glare of an ICC probe.

And while the US has been leading calls for those behind atrocities in the Syrian conflict to be brought to justice in The Hague, there is little chance of any US soldiers ending up in the dock here.

The former administration of president George W. Bush authorised the use of so-called enhanced interrogation techniques --including waterboarding -- after the September 11, 2001 attacks on the United States.

Their use was abolished by President Barack Obama when he took over the White House in January 2009.

But the ICC could be set for a collision course with president-elect Donald Trump, who has said he is in favour of such harsh interrogation techniques and may re-authorise their use.

War crimes allegedly carried out by US forces were "not the abuses of a few isolated individuals," Bensouda insisted in her annual report to the 124 states that belong to the ICC.

Rather it appeared "these alleged crimes were committed" as part of "a policy or policies aimed at eliciting information through the use of interrogation techniques involving cruel or violent methods".

The aim was to "support US objectives in the conflict in Afghanistan".

Detailing her office's initial findings, Bensouda said "at least 61 detainees" were subjected to "torture (and) cruel treatment" by US armed forces in Afghanistan between May 1, 2003 and December 31, 2014.

"Members of the CIA" also appeared "to have subjected at least 27 detained persons to torture, cruel treatment... and/or rape on the territory of Afghanistan" as well as in secret detention centres in Poland, Romania and Lithuania between December 2002 and March 2008.

- Moving out of Africa -

Any prosecutions of Afghan forces could also be complicated by a general amnesty law passed by the Afghan parliament which came into force in 2009.

The ICC was set up in The Hague in 2002 to try the world's worst crimes in cases where national courts are unwilling or unable to act.

The report was released just ahead of Wednesday's opening of the annual conference of the tribunal's state parties, set this year to be dominated by the shock defections of three African nations, with Bensouda under pressure to widen the geographic scope of her investigations.

But some African nations have led a chorus to quit the tribunal, accusing it of bias. Of the 10 current full ICC investigations, nine are based in Africa. The other is in Georgia, pitting the ICC against Russia which is also not a signatory.