US service member killed in blast in Syria: official 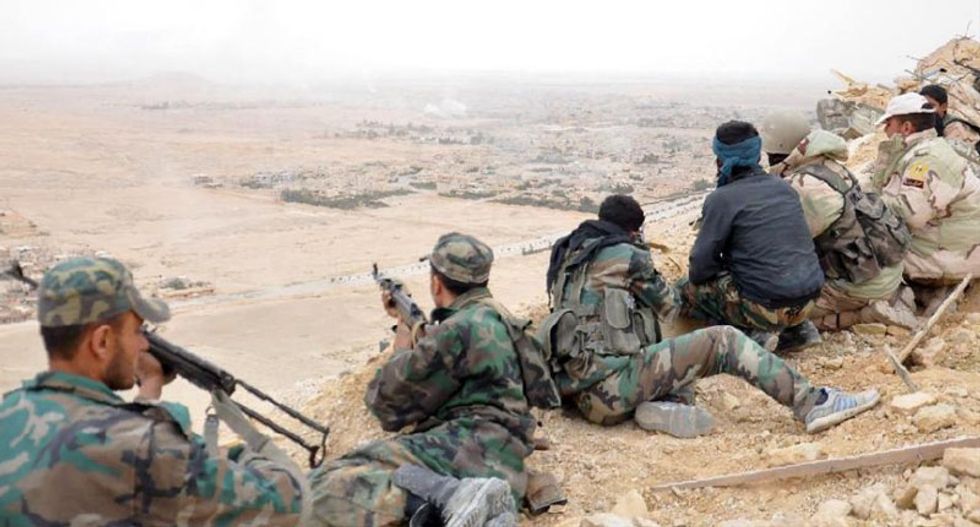 Syrian soldiers overlook the ancient city of Palmyra after they recaptured the site from the Islamic State (IS) group, on March 27, 2016 (AFP Photo/)

A member of the US military died from his wounds after a blast caused by an improvised explosive device in northern Syria, the US military's central command said.

The man was wounded by the explosion in the vicinity of Ayn Issa, Lieutenant General Stephen Townsend, commander of the US-led coalition fighting the Islamic State group, was quoted as saying in a CENTCOM statement.

"The entire counter-ISIL Coalition sends our condolences to this hero's family, friends and teammates," Townsend, using another acronym for the Islamic State.

The victim's identity was not immediately released. The coalition's policy is to defer to the relevant national authorities, the statement said.

The death came as Americans celebrate their national holiday of Thanksgiving.

"On this Thanksgiving, please be thankful that there are service members willing to take up the fight to protect our homeland from ISIL's hateful and brutal ideology," Townsend said.

For more than two years the United States has led a 66-nation coalition using air strikes against the jihadists' positions in Syria and Iraq.

Washington also has deployed special forces in Syria to advise the Arab-Kurdish alliance, the Syrian Democratic Forces, and improve the coalition's targeting of air strikes.

As many as 300 US special forces personnel may be in Syria.