WATCH: Anti-Trump protester brutally tackled from behind while giving speech at student center 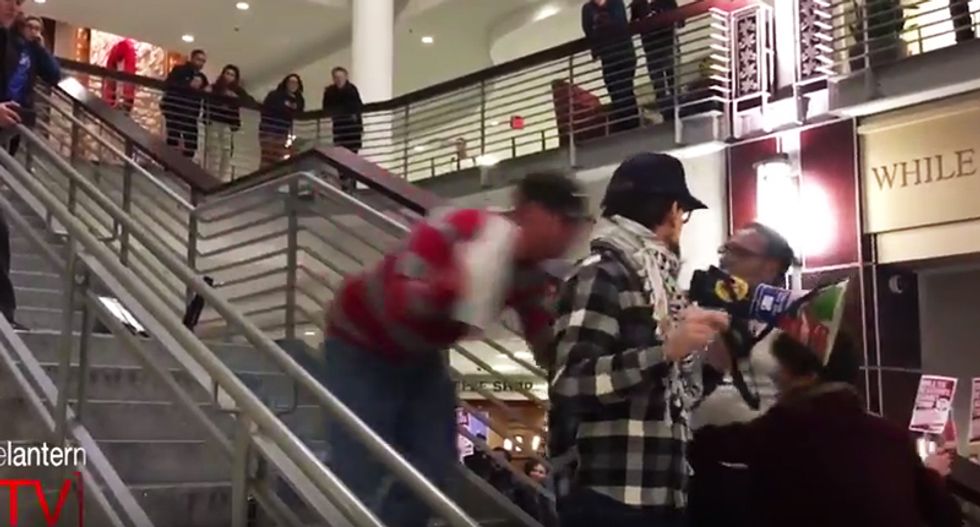 In a video uploaded by the Ohio State Lantern, an anti-Trump protester was in the midst of speaking with other students from a staircase at the student center as he was brutally attacked from behind by a man shouting, "You idiot!"

According to the Twitter account of the Lantern, the altercation occurred at The Union, a student activity center at Ohio State University.

After blasting the speaker from behind, fights broke out as students pulled at each other in the dogpile that formed at the base of the stairs where the two men struggled with each other.

Students then can be heard chanting, "Shame, shame, shame."