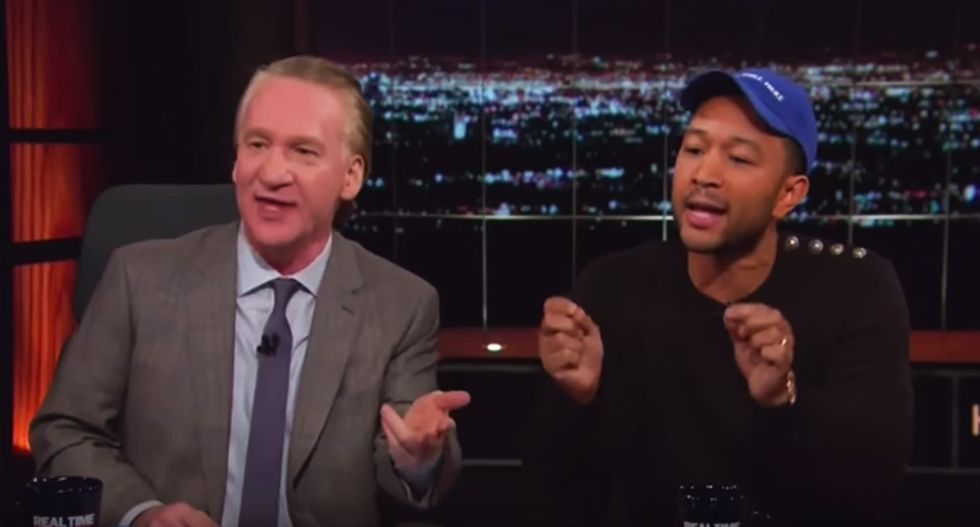 Democratic strategist David Axelrod set off a firestorm Friday night when he told Bill Maher's Real Time panel that he doesn't believe that President-elect Donald Trump is a racist.

Attempting to explain why protesters were out in the streets claiming the newly elected Trump is not their president, Axelrod blamed it on Trump's rhetoric which he called, "hurtful and threatening."

Axelrod immediately got push-back from singer John Legend who replied, "It’s not just impolite, it’s threatening people’s lives. If you think Mexicans come into this country to rape and murder your family, that means their life is threatened.”

"I agree with all that, I want to make a different point, " Axelrod replied. “The thing that I find offensive is, I don’t think Donald Trump is a racist.”

An incredulous Bill Maher replied, "With the history he had? With his father not renting to black people? With the Central Park jogger? Oh, come on!"

"I think he is an opportunist who exploited race and surfed racism --,"Axelrod shot back, only to have Legend cut him off and tell him, "That is a difference without a distinction." to the applause of the audience.

"It is not different!" Axelrod argued, "Because he knew better and he knew what he was doing."

"I don't care if he knows better," Legend explained. "I care about what he's saying and what it's going to cause in the public."

Journalist Ana Marie Cox jumped into the fray, remarking, "It doesn't matter whether he meant it or not to the people being called the N-word in Minnesota," before adding,"There are people who woke up on Wednesday morning who felt their lives were in danger."