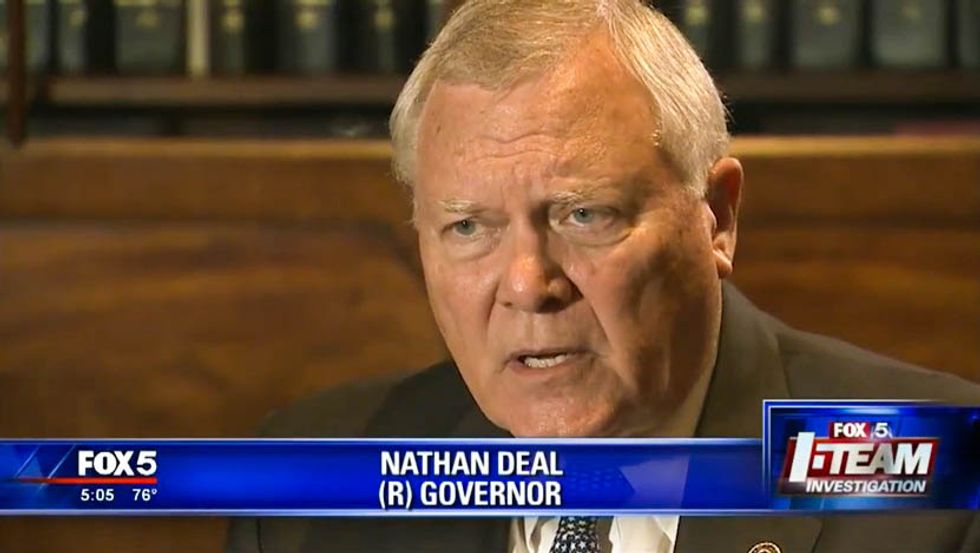 Georgia Gov. Nathan Deal regrets going off script to talk about "colored people" during an address on education last month, although he doesn't really regret using the term itself.

In an interview with local station Fox 5 Atlanta, Deal says that when he talked about advancing "the state of colored people" in Georgia, he was making a reference to the NAACP, which stands for the National Association for the Advancement of Colored People.

Fox 5 Atlanta's Dale Russell pressed him on this issue, however.

"Why use the term 'colored people?'" he asked.

"Because that's in their name," Deal replied. "I think my mistake was that I didn't use the whole name."

Deal did say that he was sorry if he offended anyone with his words, however.

Check out the whole interview below.