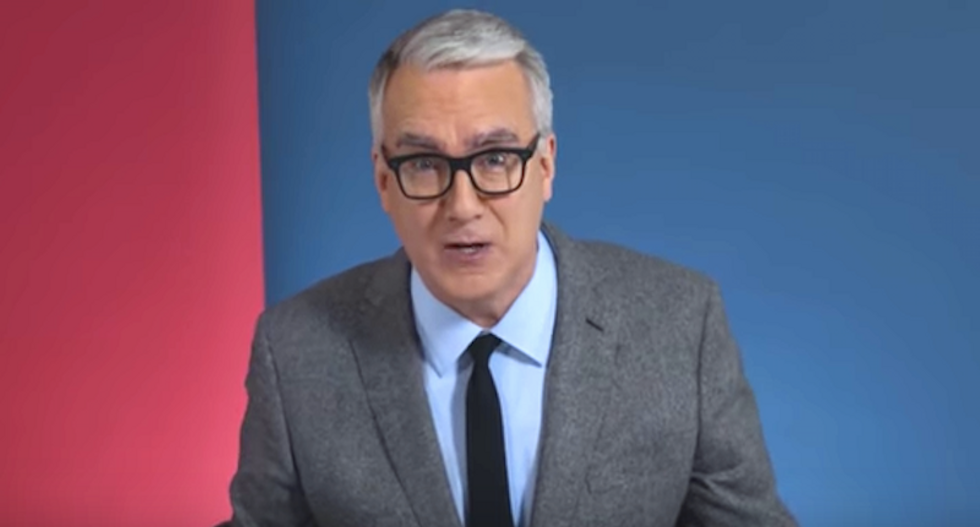 Donald Trump has already "wasted" the chance that his supporters have asked his opponents to grant him, according to Keith Olbermann.

The president-elect has used his Twitter account to slur protesters as paid dupes "incited by the media" and repeatedly attack the New York Times "dishonest" coverage -- which greatly troubled Olbermann.

"Sixty-eight days until his inauguration, still bitching about his paranoid fantasies about the media, still lying about what he said during the campaign, still referring to himself in the third person, still obsessing over one newspaper, as if he were 15 and it refused to go with him to the junior prom," Olbermann said. "Give him a chance? What, in the hope that he will someday grow up enough to be able to see over the top of the Oval Office desk?"

"We do not have time for the White House edition of 'Celebrity Apprentice' starring President-elect P*ssy-grabber," Olbermann said.

He said giving Trump a chance requires Americans to pretend that he's a normal man who won a normal election, Olbermann said, pointing to Russian and FBI interference.

Americans must resist, Olbermann said, because Trump won the election but could wind up losing the popular vote total by a historic margin -- and he volunteered to lead the resistance if no Democratic lawmakers would.

"I do not want violence, I'm not proposing the overthrow of the government by any means other than legal and political," Olbermann said. "I think protests should be limited to Washington, Trump Tower and the Trump hotels. I have no pie-in-the-sky plan to have the Electoral College alter the outcome somehow, I will even acquiesce to a President Pence -- just get this man out of here."