WATCH LIVE: #NotMyPresident protesters take to the streets across America to rally against Trump 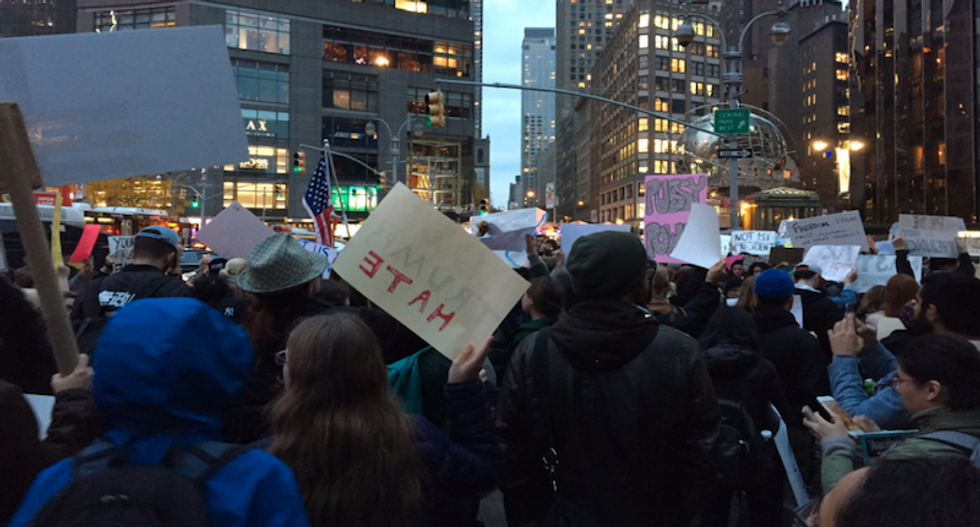 Following the result of a nightmarish election on November 8, New Yorkers are taking to the streets in protest of President-Elect Donald Trump.

The crowd met at Union Square in Manhattan on Wednesday night at 6 p.m. ET and planned to take the protest to Trump Tower. Thousands took to the streets, not only in protest of the new president, but also against everything he has stood for.

A Facebook page that shared word of the protest hosted by Socialist Alternative NYC wrote that "the Democratic party has failed."

The page also noted that Wednesday's rally would be an intersectional movement against mass deportations of undocumented immigrants, for Black Lives Matter, against the Dakota Access Pipeline, a fight against rape culture and attacks on women, and in opposition to an elite class.

You can follow the live feed of New York below.

Here's a look at some of the other actions around the country: