WATCH: Megyn Kelly says her 5-year-old daughter asked her what a 'bimbo' was thanks to Trump 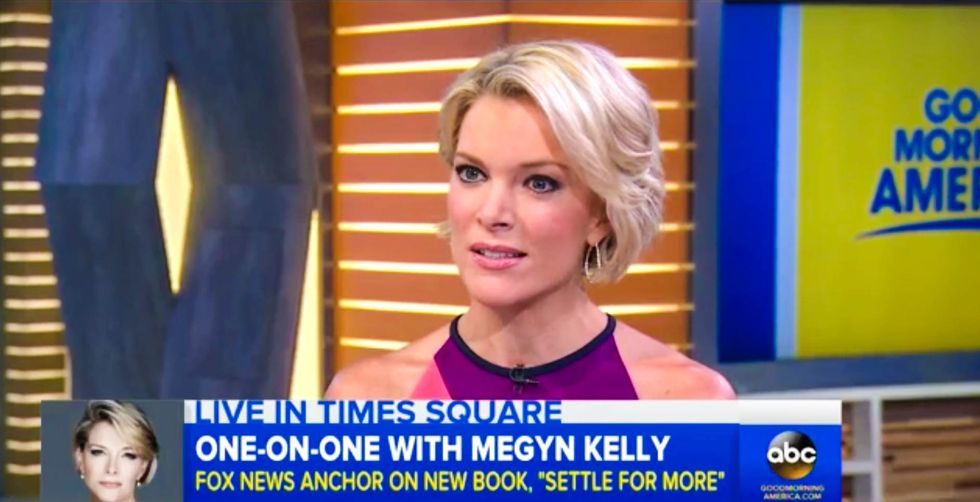 Fox News host Megyn Kelly was well known for attracting the ire of Republican President-elect Donald Trump during the 2016 presidential race, and now she's revealed how Trump's online harassment campaign against her impacted her family life.

In an interview with Good Morning America on Tuesday, Kelly says that her own five-year-old daughter Yardley told her that she was "afraid" of Donald Trump ahead of a Republican presidential debate in Detroit.

"I had never revealed to her any of the things that Trump had done," Kelly explains, while noting she was very surprised by her daughter's confession. "But she is five, and she hears things in this world."

Kelly then goes on to give an example of what sorts of disturbing things her daughter was picking up thanks to Trump's candidacy.

"One of the lowest points was when she came home and asked me what a bimbo was," Kelly explains. "And I just thought, 'The same girl who thought that she was being honored at the most powerful women's conference had learned a new word,' which was one of the low points of the year."

Trump was notorious for posting tweets from his followers throughout the presidential campaign that labeled Kelly and other women who were antagonistic toward him as "bimbos," so it's no surprise that this eventually got back around to Kelly's children as well.