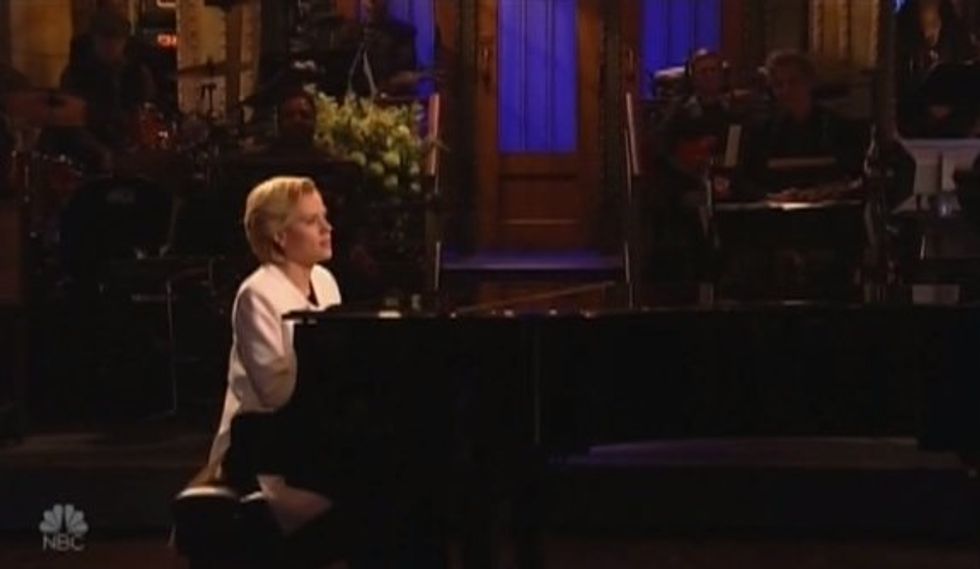 Cohen died this week at the age of 82.

"I'm not giving up and neither should you," she said at the end of the song. "And live from New York, it's Saturday night!"