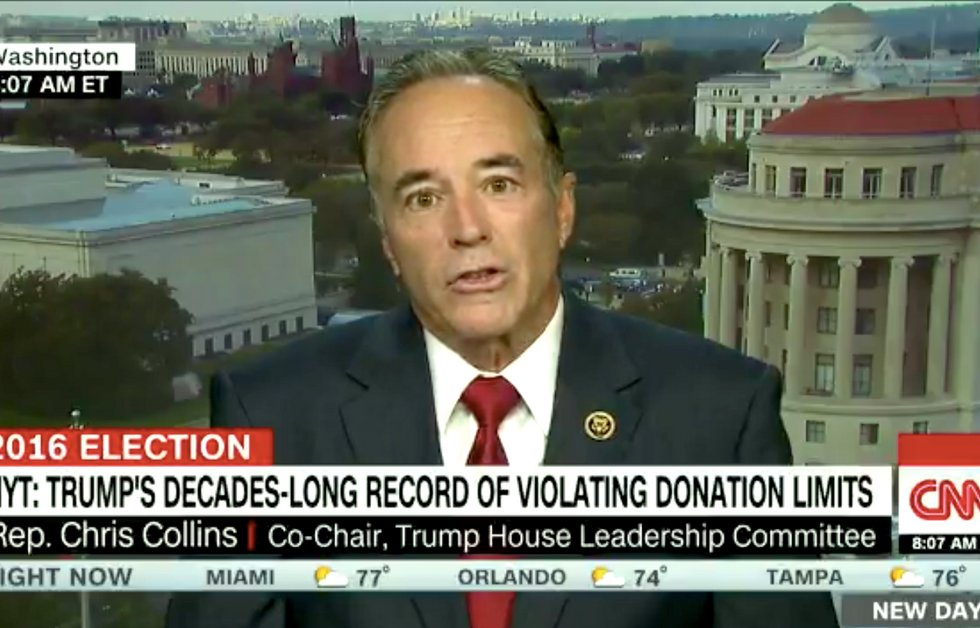 If President-elect Donald Trump actually picks Mitt Romney to be his secretary of state, it will be over some very loud objections from members of his own transition team.

In addition to both Kellyanne Conway and Newt Gingrich speaking out against Romney, Rep. Chris Collins -- who serves as the co-chairman of Trump's House Leadership Committee -- told CNN's Chris Cuomo on Monday that he would strongly advise against picking the GOP's 2012 presidential nominee to be secretary of state.

"What do I know about Mitt Romney? I know that he is a self-serving egomaniac who puts himself first, who has a chip on his shoulder," Collins told CNN. "[He] thinks he should be president of the United States. I mean, there's no love lost between me and Mitt Romney, and I've called him a loser for the last six months."

Cuomo was stunned that Collins would so vigorously trash the president-elect's potential pick for secretary of state, and he asked how to square this with Trump's apparently belief that Romney would do a good job as the nation's top diplomat.