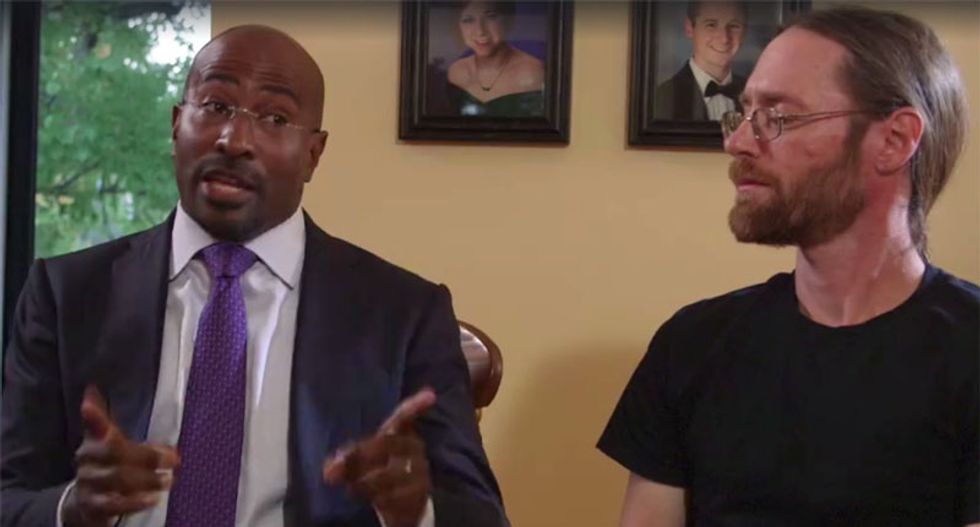 As part of a Facebook series called "The Messy Truth," political commentator and former White House staffer Van Jones sat down for a fascinating back and forth with Donald Trump voters to discuss why they are backing the GOP nominee and why they can't vote for Hillary Clinton.

According to Jones, “I feel like we’ve gotten this thing in America now, where we talk about each other, we never talk to each other.”

Jones' mission led him to Gettysburg where he sat down with a group, only to be told right from the start, "If Hillary gets in, there could very well be a civil war."

"There are a lot of people who are really freaked out if she gets in," the unidentified man continued. "I'm one of them. I don't have guns and stuff to do anything about it, but I know people who do."

What transpired from that point was a wide-ranging and illuminating discussion on the merits of both candidates, with Clinton described as a "liar" and "corrupt," and Trump defended by one woman saying his fans don't care what he does.

Pressed on Trump's inflammatory rhetoric about race, Corradetti said people need to to "toughen up," when it comes to be offended, causing Jones to push back.

“No, you don’t have the right to tell someone else how to deal with the pain that they’re going through,” Jones responded. “If you say, ‘You should have a thicker skin,’ if you say, ‘You have got to get over yourself,' I’m gonna hear that as, ‘This person does not respect me, does not understand me, does not know what I’ve gone through.’”