'We are on track now for a tragedy': Van Jones outlines the horrors we’ll see under President Trump 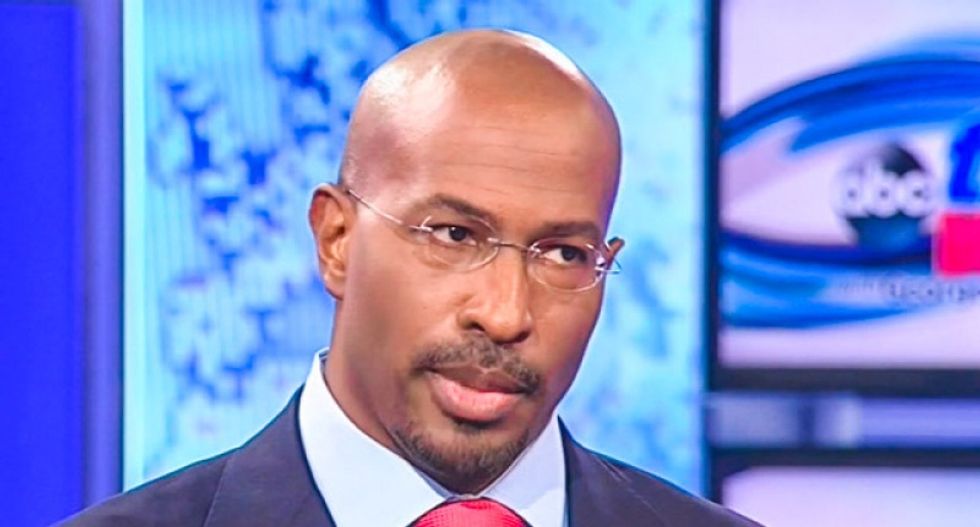 Van Jones has been a very strong progressive voice in the aftermath of Donald Trump's shock election victory last week, and he's given a lengthy interview with Mother Jones in which he talks about what we can expect over the next four years.

First, the good news: Jones believes that the strength of Trump's winning coalition is very weak and could be very prone to falling apart if progressives engage in smart campaigns against it.

"Trump is holding together the shakiest coalition that you could conceivable govern on," he says. "It is a conservative, populist alliance that agrees with itself on very little."

All the same, Jones believes that the things Trump and congressional Republicans do agree on -- particularly when it comes to environmental issues -- "will do a lot of damage to us."

Jones also thinks that we're poised for an unprecedentedly dark time in racial relations in this country in which many minorities -- and Muslims in particular -- will have targets on their backs.

"We are on track now for a tragedy," he says. "There will be a Muslim Trayvon Martin within the next six months on our present trajectory. Some completely innocent Muslim, possibly a female, who gets gravely injured, if not killed, by somebody who feels empowered by white nationalist extremes of the Trump phenomenon. So we should take it very seriously."

In this instance, Jones believes that progressives will need to really pressure Trump to prove that he's really going to be president for all Americans, and to encourage law enforcement officials to vigorously pursue hate crimes charges against people who attack minorities.

The whole interview is worth checking out at this link.