'We won! You Lost! Get over it! F*ck you!': Trump supporter interrupts Hamilton performance in Chicago 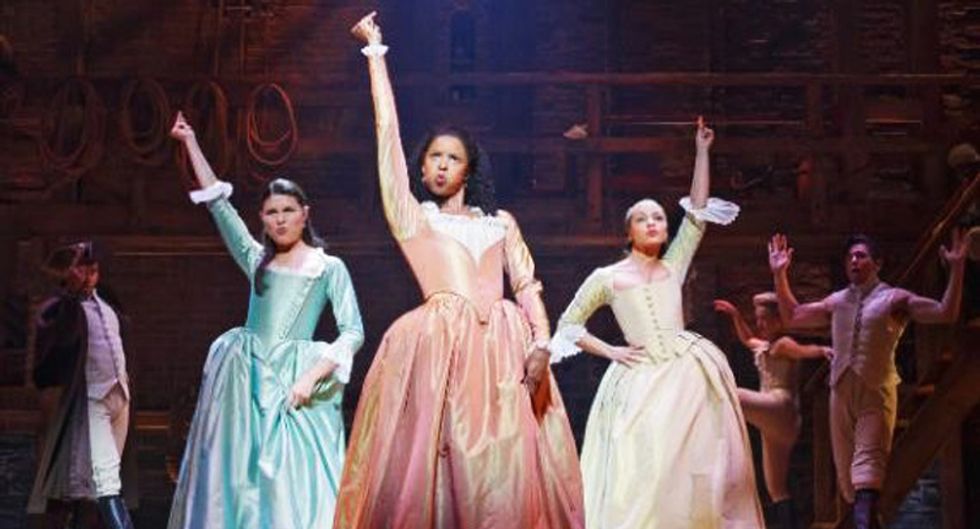 A performance of "Hamilton" was rudely interrupted in Chicago Saturday night when a theatergoer cursed the cast members on stage, reports Broadway World.

According to an audience member, a patron seated up in the balcony disrupted the play shouting, "We won! You Lost! Get over it! F*ck you!" during the musical number "Dear Theodosia," startling the singers.

Reportedly the patron became enraged earlier by the well-known line from the musical: "Immigrants, we get the job done." The man created a disturbance that lasted through two numbers, forcing nearby theatergoers to go in search of security. The man was taken into custody after a brief struggle and theater staff later told patrons the man was intoxicated.

The award-winning musical has become a flashpoint for conservatives after theatergoers in New York City booed Vice President-elect Mike Pence when he attended a performance Friday night. Fans of Trump are currently calling for a boycott of the play which is currently sold out in New York City until August of 2017.

Writing on Facebook, one Chicago theatergoer who was in attendance said that some cast members were crying during their curtain call, adding, "They didn't break characters once. They still sang their hearts out."