Why repealing Obamacare may not be as easy as Trump thinks 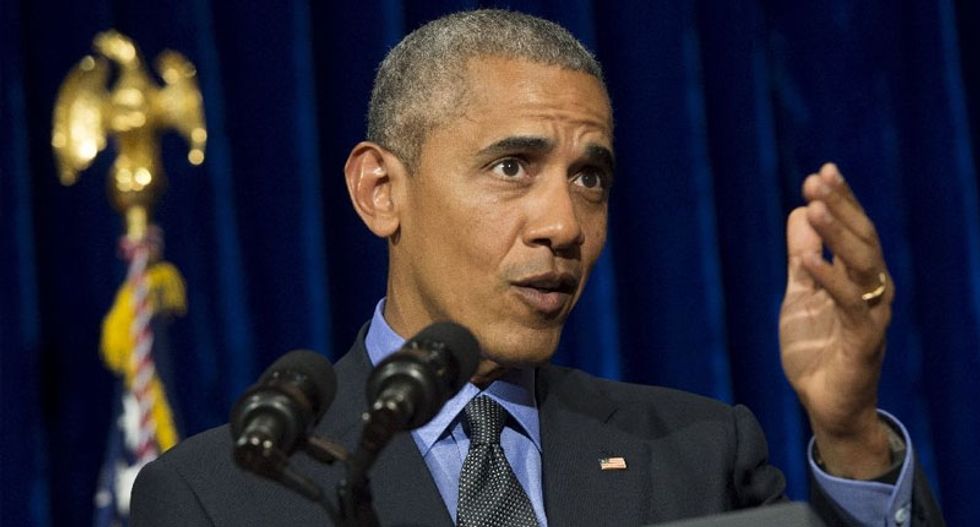 Candidate Trump repeatedly called for repealing and replacing the Affordable Care Act during the campaign, but it is unclear what President Trump will actually do about the ACA. It is not clear even with President Trump, and Republican majorities in the House and Senate, whether full repeal is possible and what replacement might look like.

There are several reasons for this. First, Trump would face political and financial fall-out from repeal. Second, even with Republican majorities now in the House and Senate, it would be hard to repeal the entire bill. It includes not only the establishment of the exchanges, in which people buy insurance, but also cost-saving and quality-improvement measures. Many health care professionals, systems and tax payers welcomed these.

Full repeal of the Affordable Care Act would result in at least 18 million Americans losing health care coverage, and that would come at a political and economic cost. According to the Commonwealth Fund, it would actually cost the federal government about US$41 billion.

Many of those 18 million, such as those with pre-existing conditions, would lose coverage because health insurance would not longer be offered to them at any price. Others

would lose coverage because they would no longer be able to afford health insurance, assuming that subsidies go away.

Unpopular option, but there aren’t many others that work

Trump, even with the House and Senate behind him, would still face a practical hurdle. Full repeal may require 60 votes in a narrowly divided Senate.

In addition, repealing and replacing the Affordable Care Act with something entirely different without severely reducing access to care may be impossible. That’s because it’s the only system devised so far that uses the private market to increase coverage and that stops short of single payer government-run programs.

For decades, policy makers and politicians have tried to devise a way to use private markets to expand coverage to those not covered by employer-sponsored insurance.

The health reform framework that became the Affordable Care Act has a long history and many champions from all political philosophies. While the ACA will long be associated with Pres. Obama and is most often called Obamacare, many other politicians and policy makers had been working on similar plans for years.

The challenge in designing a private insurance market for individuals was to match employer plans’ ability to pool risk. In employment-based coverage, employees are given coverage as part of their compensation. So healthier individuals are part of the insurance pool.

In purchasing insurance as individuals, consumers weigh their own risks of needing care against the cost of insurance. Some healthier individuals will rationally choose not by coverage given their lower probability of needing health care. As a result, insurers in the individual market found that consumers waited until they needed care before they purchased coverage.

That meant that insurers could never charge a premium high enough to cover costs. As a result, they excluded claims for pre-existing coverage, denied or canceled coverage for some and charged higher premiums in the individual market for less coverage then was available through employer-based plans.

Without these exclusions, the individual market’s insurance pool is more costly, which increases premiums driving more of the healthier individuals out of the market and eventually resulting in no market at all. When people became sick with a catastrophic illness, financial disaster was common. Or, people with chronic illnesses, including diabetes and depression, faced such high premiums that they could not afford them. They went without insurance, and they, too, were vulnerable to financial ruin.

The recession of the early 1990s resulted in two million Americans losing their employment-based coverage. In the 1992 presidential election campaign, both incumbent George H. W. Bush and candidate Bill Clinton had health care reform plans. Both plans were structured similarly to the Affordable Care Act.

They both created insurance purchasing pools (similar to the ACA marketplaces), eliminated pre-existing exclusion clauses and had individual mandates and subsidies for low-income families. After the election, when it became apparent that the Clinton administration plan would be different from those plans, a group of Republican senators led by Sen. John Chafee (R-R.I.) developed a proposal that had all of these attributes.

Then along came RomneyCare

In the early years of the 21st century, then-Governor Mitt Romney of Massachusetts asked his staff to find ways to reduce the burden of the uninsured on the Commonwealth of Massachusetts. Searching for a market-based approach, they found their options narrow to a plan similar to Sen. Chafee’s. At the time the individual mandate penalty was described not as a tax but as a measure of personal responsibility for paying for one’s own health care.

The Massachusetts plan became the model for the Affordable Care Act.

The reason all of these proposals resemble each other and the Affordable Care Act is that there are limited options for creating a sustainable private insurance market that allows individuals access to affordable health insurance.

Trump may be able to repeal the law and return to health care coverage as we knew it in 2010. Consequences, however, will be a sudden drop in access to care not just for those who lose coverage, but for many others who will lose access to care because their local hospital closes, or nearest doctor moves out of areas with high percentages of uninsured.

Replaced requires something that looks like the ACA: Trumpcare, perhaps?