Yes, if you support Donald Trump you are racist 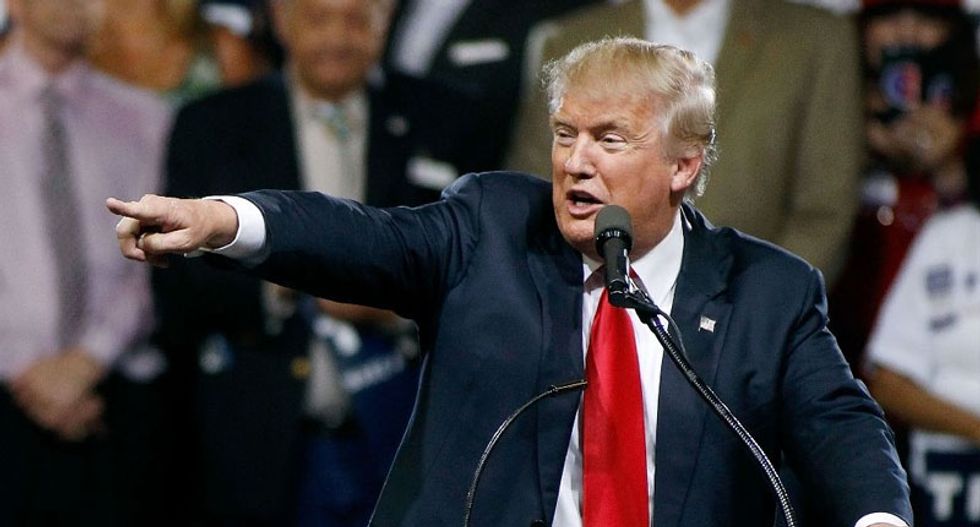 It was born out of the frustration the direction the nation is heading, the government doing nothing, the Republican base’s total ignorance of reality, and hatred all around. Bubbling under the surface for eight years, I typed my thoughts into Twitter and hit send.

We hate Donald Trump like you hated President Obama. However, we hate Trump because he is racist, you hated Obama because you are racist.
— David Yankovich (@David Yankovich) 1480117289.0

Twenty four words, and a national argument ensued. Over four million views on Twitter alone, many more on Facebook and Instagram. The power of the message is that it’s very simplicity goes straight into the heart of the problem. Of all the other noise happening all over the country, this tweet shot through all of it. Because inside, we all know it to be true.

For those who hated President Obama with ferociousness, those who screamed he was a Muslim traitor, who called his wife a monkey, and hung his image from trees -- we hate Donald Trump just as much, if not more, than you ever did Obama.

However, we hate Donald Trump because he has a history of bigotry, lies, and outright racism, you hated Obama because you are racist.

Every person who supports, likes, and/or voted for Donald Trump took offense online. 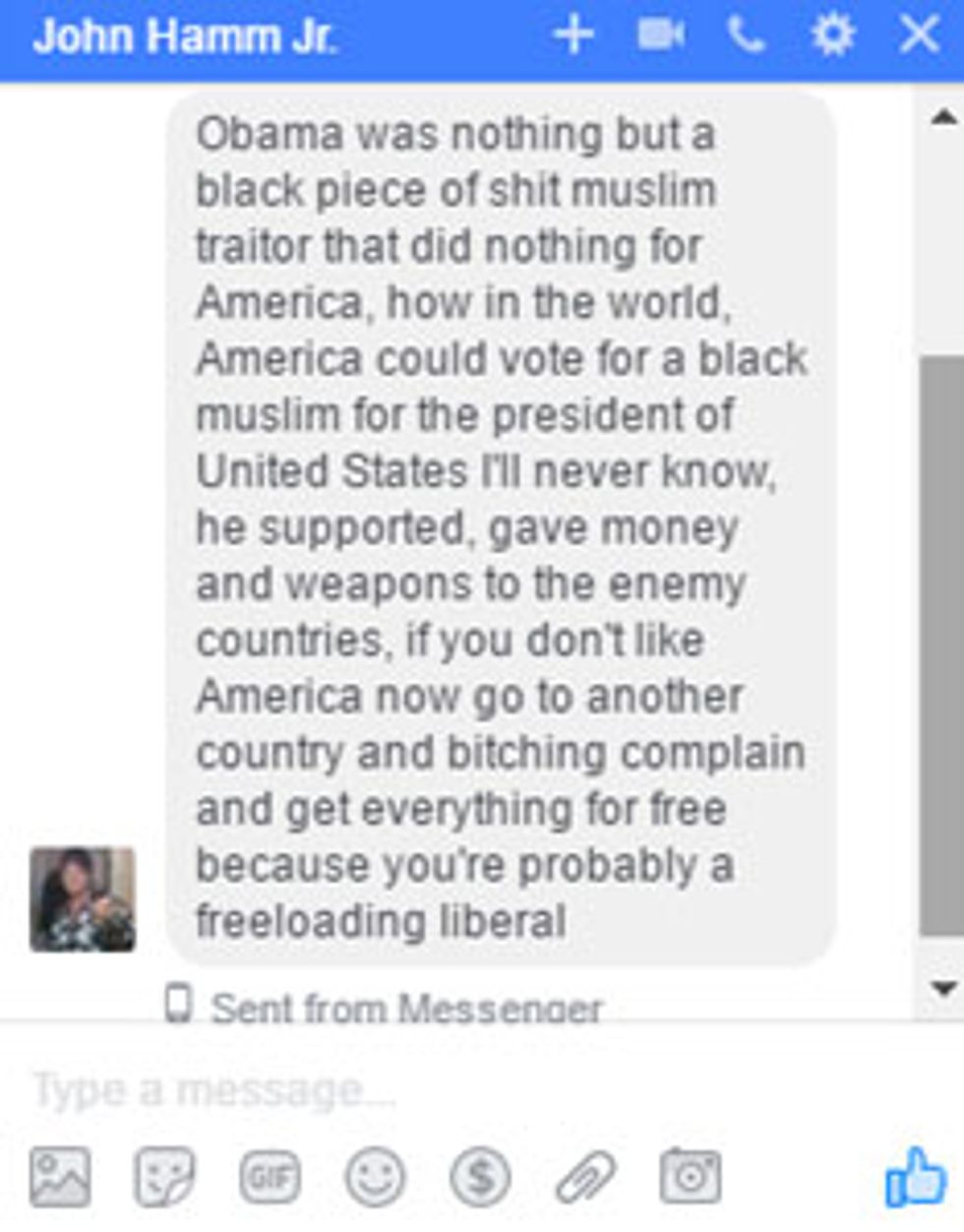 Many white, male, middle-aged Americans screamed bloody murder. I received messages from well-groomed looking, middle-class men that were so angry their text was full of profanity and, ironically, more racism. All while they swore they were not racist. I had to close comments on my Facebook page as white American hatred surged in and overtook the feed.

Many white women also chimed in, and if anything their viciousness was equal to the men’s. 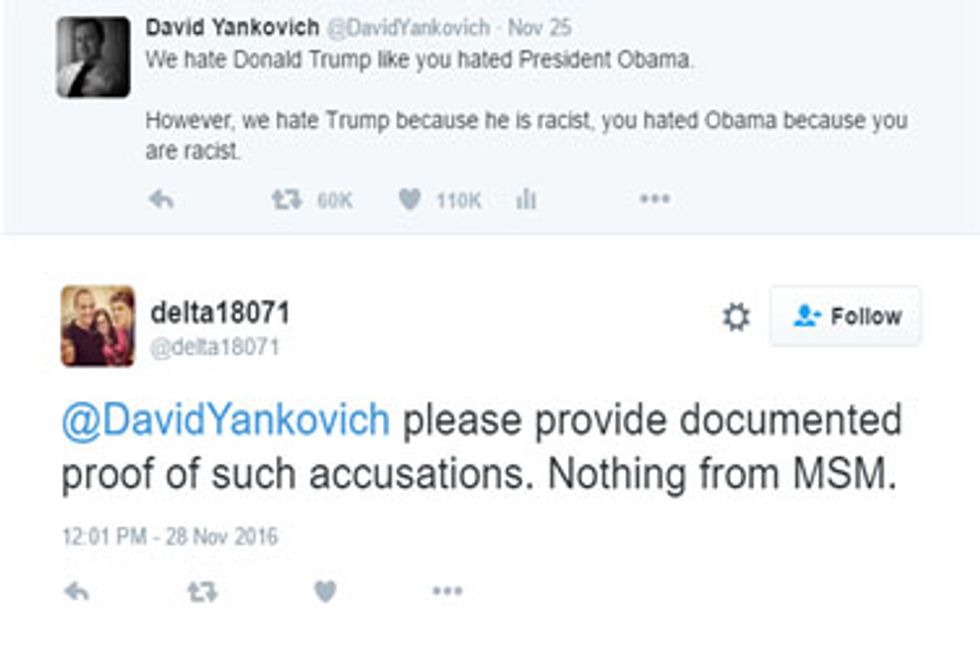 I am happy to oblige, but no proof is real to them. Not even depositions from lawsuits.

Now, I am not one to believe in conspiracy theories. I usual cast a pessimistic eye on the concepts of using the easiest possible outcome to explain paradoxes.

But, I began noticing trends. I would receive large influxes at once with the exact same wording “How is Trump racist?”, “Prove Trump is racist!” and others. They would come in by the 10-20s along with other likes, shares, comments, or complaints.

It was at 1am that I received a message where everything clicked.

I looked into the image and it was from a meme, the poster was using a false name.  When I made it known what was happening, the imitating person had no qualms about it. 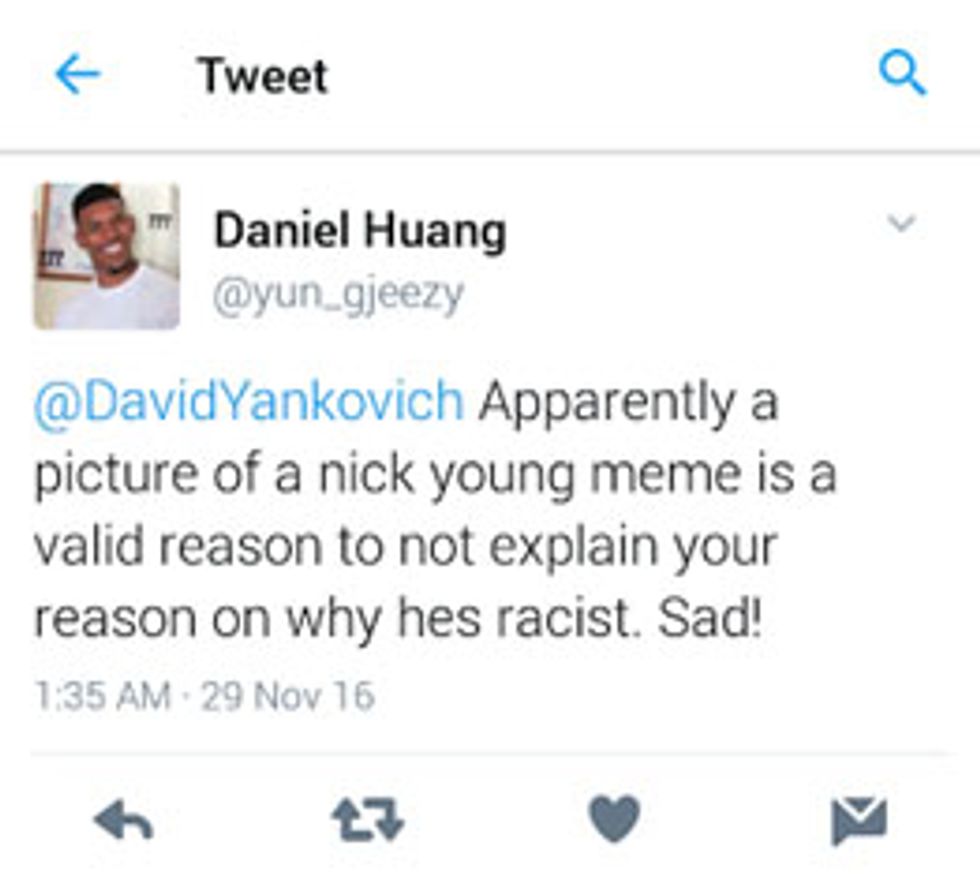 This is just one, and the question remains. Why is someone using a black profile created only last July to engage a white person who is calling out racism?

“We’ve got a big campaign coming up,” said Andrew Anglin, the founder of a neo-Nazi and white supremacist website, in a post. “Twitter is about to learn what happens when you mess with Republicans.”

Part of the mystique of this type of propaganda is twofold. First, it is almost impossible to track and easy to deny. And second, it is hard to describe to a normal person what is happening to you and have them believe and understand you. There has been reporting of Russian trolls being hired to be pro-Trump. Who is hiring them? Who is behind it all?

I think the answer is pretty clear considering who they are supporting.

There is a coordinated effort to cause racial division. Yet many emails I have received have claimed there is no KKK, the race card is dead, or “we elected a black president, racism is over”.

Now, many people did claim they voted for Obama twice, so how could they be racist? Yet their feeds are full of hatred towards Mexicans, Muslims, and black communities -- not all, but most.

Racism is where we have to draw the line and the truth is very simple: You either supported racism, allowed racism, or are indifferent to it. But it all gets painted with the same brush.

If I knowingly bought stolen goods from a thief, nobody would hesitate to call me a criminal.

If you support Donald Trump, or voted for him -- you are racist. You allowed racism, stood by while it happened, nodded to it. Now the KKK and neo-Nazis are celebrating, and you have to own it.

The Skittles reference that Donald Trump Jr. made was first made from a leader of the German Nazi Party and later white supremacist memes.

Donald Trump reportedly has a copy of Hitler’s speeches next to his bed.

No, this election was for the soul of America.

It was about racism. It was about the CEO’s taking 937% increases in salary and giving you only 5.7% since the late 1970’s. It was about raising the minimum wage to a living wage so people in the working-class could live a little better, and make what they deserve. It was about healthcare not bankrupting parents of kids with cancer.

We failed. On every single level. You actually listened to the CEO’s that won’t give you a raise so they can get one themselves. You listened when they told you that only teenagers were meant to work fast food jobs, and it’s not meant to be for adults.

According to the Center for Economic and Policy Research, 70% of fast-food workers are adults over 20.

You listened to Big Pharma when they blamed Obama for their rising premiums instead of knowing that now, if you have a pre-existing condition you can’t be denied.

You want to spend hundreds of billions of dollars to get rid of illegal immigrants, but refuse to put the money in public schools.

Banning Muslims and tracking them was met with cheers from Trump supporters without seeing the irony of a campaign with a Nazi slogan tagging and tracking Americans. It was said there was precedent because there were Japanese internment camps.

Everyone cheered on the right when Donald Trump stated he would repeal every single Obama executive order as soon as he was sworn in, without knowing that most of these give federal workers a fairer wage than the market, protect national security, and the rights of people around the world.

You chanted “Lock her up”, but are fine with David Petraeus in Donald Trump’s cabinet.

And, even when you won, you were ok when some screamed “Kill Obama!” as Donald Trump took the stage in victory.

The reason my tweet went as big as it did, is because people feel this. There needs to be a national debate on race in this country, on how we treat one another. Outright lies cannot go unreported, and we all need to have an honest conversation about the blatant racism and the dehumanization of those who are different than us.

It needs to happen now.

Nobody will take the Trump Administration and their supporters seriously as they now call for national unity. Not after Donald Trump himself led the charge of the birther conspiracy, spending 8 years destroying a good president because of race and bigotry.

Donald Trump is hated, reviled even, not because of his race, but the content of his character.