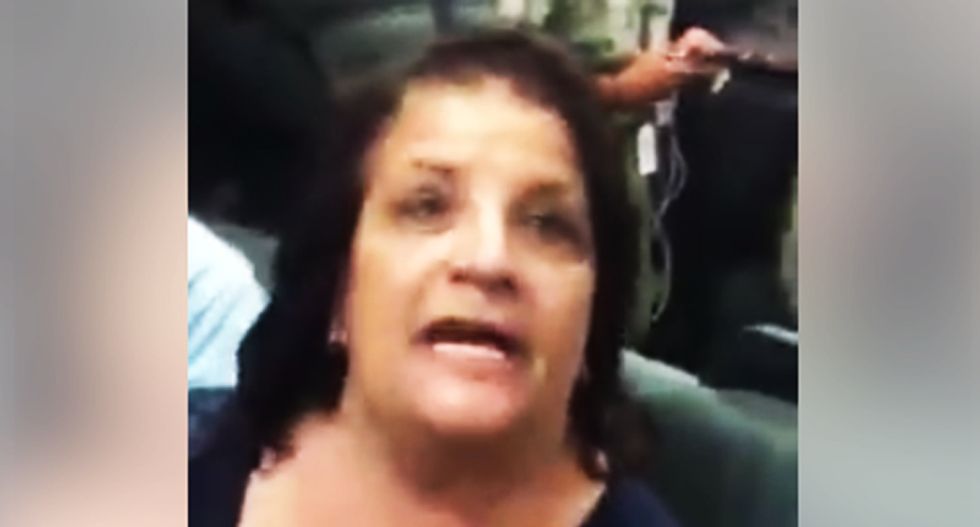 In a video that has since gone viral, an Iranian-born U.S. citizen was on the receiving end of a racist rant from a woman who accused her of being a "Middle Eastern terrorist" after hearing her speak in Assyrian on her cell phone.

According to Ivet Lolham, she was riding on a Bay Area Rapid Transit train on her way home in California, when the woman launched her tirade despite a warning it would be posted to Facebook.

The video begins with Lolham telling the woman, "Go ahead, say it again."

"Trump might deport you. You are breaking the law right now with what you're doing," the woman replied. "This woman is a stalker from the Middle East. She's a Middle Eastern terrorist, she's terrorizing citizens like me and she will probably get deported."

When another passenger said something to the woman, she turned on him, yelling, "Oh you shut the f*ck up. You're all stalkers, don't lie," before continuing her harangue and telling Lolham that she what she thinks about being on Facebook.

"I don't give a f*ck! No one is going to watch it on Facebook," she shouted. "I think you are an ugly, mean, evil little pig who might get deported and I pray that you do."

Informed that Lolham is a U.S. Citizen, the woman replied, "Oh, then you're okay. Lucky you, lucky you, you made it just under the wire."

According to people familiar with the ranting woman, she is mentally ill and they are concerned for her safety now the the video is being shared.