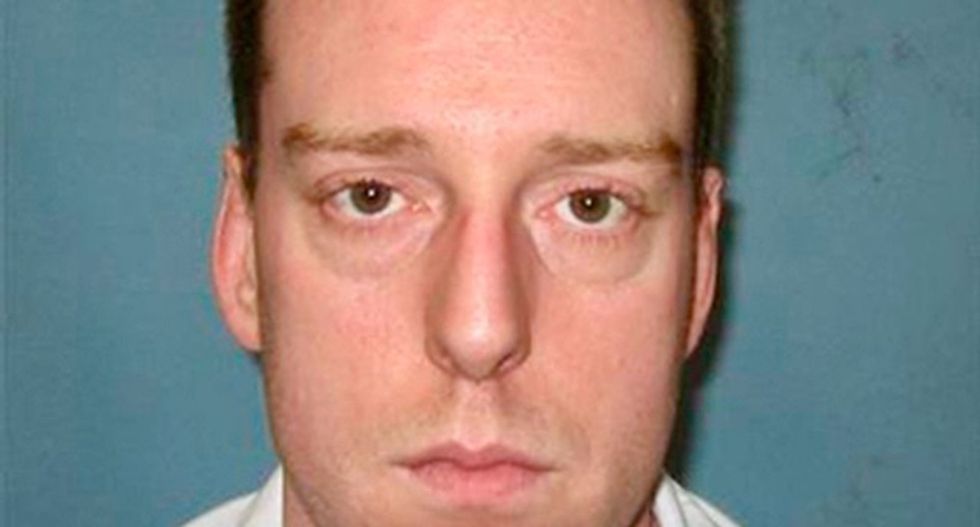 Alabama is scheduled to execute a former Eagle Scout on Thursday for a 1994 convenience store killing, and his lawyers have appealed to the U.S. Supreme Court seeking a reprieve amid constitutional questions about the state's death sentencing process.

Ronald Smith, 45, is set to die by lethal injection at 6 p.m. CST (0000 GMT) at the Holman Correctional Facility in Atmore. He would be the 20th person executed in the United States this year and the second in Alabama, according to the non-profit Death Penalty Information Center.

His scheduled execution comes a month after the U.S. Supreme Court granted a last-minute hold to stop Alabama from carrying out another man's death sentence. Justices did not give a reason for the stay of execution in that case.

The state's death penalty process is under scrutiny after the U.S. Supreme Court ruled in January that Florida's similar death penalty law gave too much discretion to judges.

Smith was convicted of murdering Casey Wilson, a convenience store clerk in Huntsville, during a failed robbery.

The jury that convicted Smith recommended a sentence of life in prison without parole. But trial judge Lynwood Smith, now a federal judge, imposed a death sentence as allowed by state law.

According to trial testimony, Smith was an Eagle Scout and member of the National Honor Society but struggled with alcoholism as an adult.

In an appeal to the U.S. Supreme Court, Smith's attorneys argued that his death sentence should be overturned.

They contended that Alabama's process was similar to Florida's, which the high court struck down this year. The justices ruled that Florida judges were given powers that juries should wield in deciding eligibility for the death penalty.

The U.S. Supreme Court has since ordered Alabama to review similar practices in four other cases, not involving Smith, according to court documents. Those reviews are pending.

Alabama argues that its law is different from Florida's and that the Supreme Court ruling in the Florida case was not retroactive to earlier cases.

(Reporting by David Beasley in Atlanta; Editing by Ian Simpson and Frances Kerry)