Anne Frank may not have been betrayed and handed over to the Nazis: study 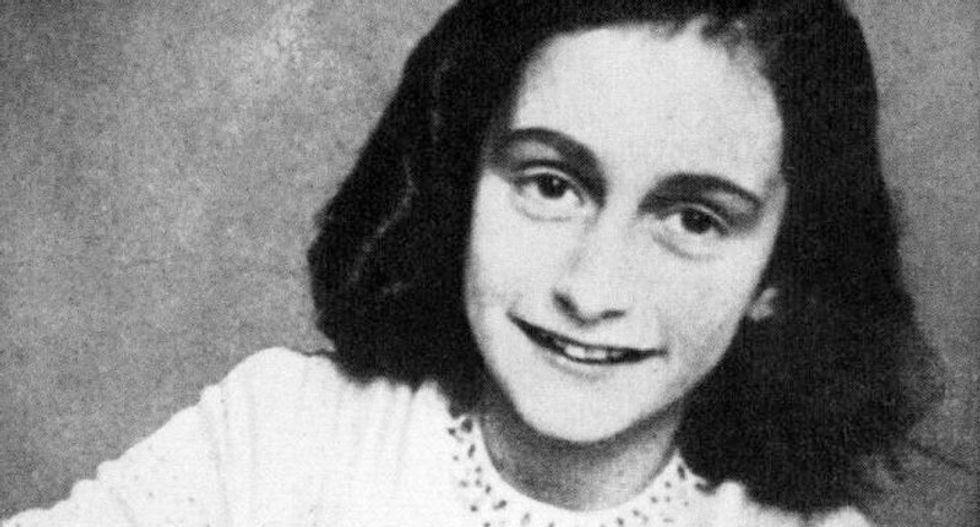 A new study published Friday by the Anne Frank House museum in Amsterdam reveals that the teen may not have been sold out to the Nazis as once was previously thought.

The Associated Press reported that the museum has spent decades researching Frank, her family, friends and circumstances surrounding her capture, but that there is no conclusive evidence that proves the family was betrayed before being sent to a German concentration camp.

Museum director Ronald Leopold said in a statement that the research "illustrates that other scenarios should also be considered."

Another theory is that the raid that led to Frank's arrest Aug. 4, 1944, could have been a coincidence and part of an investigation into an illegal labor operation or fraudulent ration coupons. There were two men working in the building at the time that dealt illegal ration cards. They were ultimately arrested in 1944 and released. Frank's diary actually recalls the incident.

These arrests were reported to an investigation unit in The Hague and the paper explains, "During their day-to-day activities, investigators from this department often came across Jews in hiding by chance."

Raids were also taking place at the time to catch people that had been secretly allowed to work to keep them out of the forced labor camps in Germany.

"A company where people were working illegally and two sales representatives were arrested for dealing in ration coupons obviously ran the risk of attracting the attention of the authorities," the report outlines.

"The possibility of betrayal has of course not been entirely ruled out by this, nor has any relationship between the ration coupon fraud and the arrest been proven," it continues, saying that more research is necessary to make full conclusions.

"Clearly, the last word about that fateful summer day in 1944 has not yet been said," it adds.

"It's really a wonder that I haven't dropped all my ideals," Frank wrote in her diary. "Because they seem so absurd and impossible to carry out. Yet I keep them, because in spite of everything I still believe that people are really good at heart. I simply can't build up my hopes on a foundation consisting of confusion, misery, and death. I see the world gradually being turned into a wilderness, I hear the ever-approaching thunder, which will destroy us too, I can feel the sufferings of millions and yet if I look up into the heavens, I think that it will all come right, that this cruelty too will end, and that peace and tranquility will return again."

Frank died when she was just 15-years-old while being held prisoner in the Bergen-Belsen concentration camp in Lower Saxony, Germany in 1945. The war ended later that year.