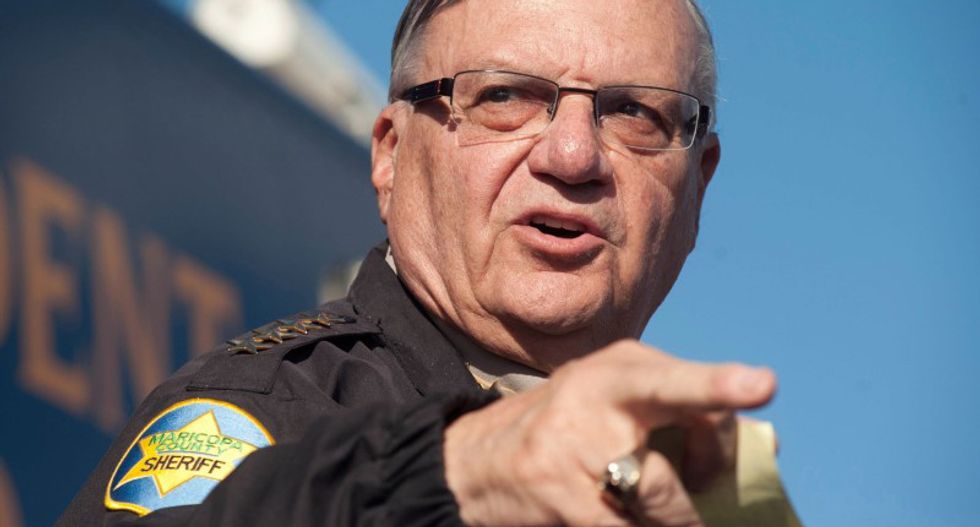 Joe Arpaio, the Arizona lawman who drew national prominence for his hard-line stance against illegal immigration but lost his bid for a seventh term in office, has asked a federal appeals court to throw out a civil contempt finding.

In a Tuesday filing with the 9th U.S. Circuit Court of Appeals, Arpaio, the sheriff of Maricopa County, and two of his top officers said U.S. District Judge Murray Snow in Phoenix overstepped his authority in holding them in contempt for violating court orders stemming from a 2007 racial profiling case.

Arpaio also said the judge went too far by ordering "extraordinarily intrusive" reforms to his office's internal affairs operations and the reopening of closed cases.

Snow should also be disqualified for making repeated improper communications and creating an appearance of bias, including that he "hated" Arpaio, the sheriff said.

The case centers on allegations that Arpaio's office failed to comply with court orders meant to curb alleged racial profiling of Latino drivers stemming from the sheriff's immigration patrols.

Plaintiffs have until Jan. 23 to respond to Arpaio's filing. The U.S. Department of Justice has joined the appeals process on the plaintiffs' side.

In October, a different federal judge ordered Arpaio to stand trial for criminal contempt. A trial in that case is scheduled for April 4.

Arpaio, 84, a Republican who has proclaimed himself "America's toughest sheriff," will end his 24-year tenure on Sunday, after losing his reelection bid to former Phoenix police officer Paul Penzone, a Democrat, in November.