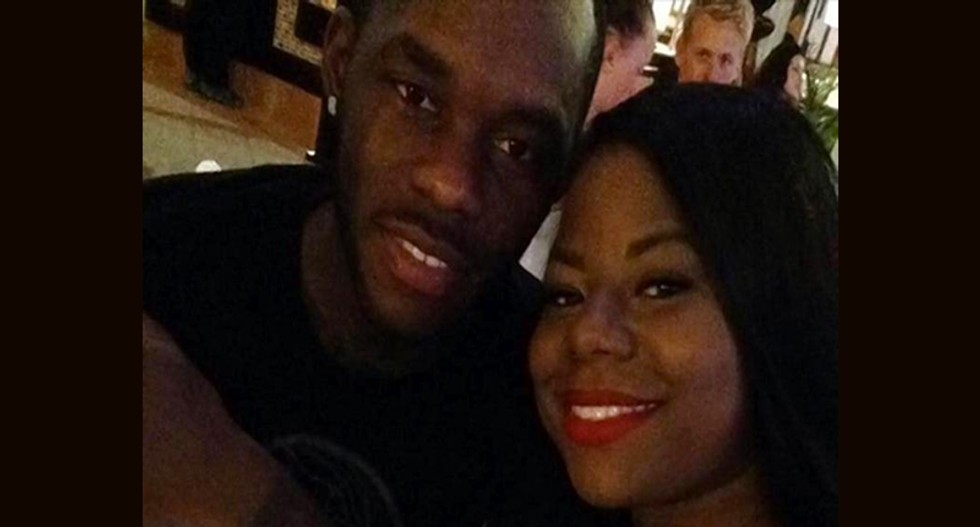 Conrad Barton and Geneva Gordon went to Barneys in the Chelsea neighborhood in New York City to return a scarf an expensive pair of jeans. Apparently, we can add this to the list of things a person can't do while being black.

Barton purchased the jeans for $1,045 and $321 for the scarf back in September, a New York Daily News report quoted the court filings in Brooklyn Supreme Court.

According to the court filing, the clerk disappeared for 15 minutes and then brought back a manager who demanded Barton give his identification. He explained he didn't need to give his ID, he had all of the necessary documentation for the purchase. It was then revealed that the "manager" was actually a loss prevention officer, who refused to give Barton's purchase and debit card back to him.

He then went back to his car and told Gordon what happened. She then went inside the store and argued with the loss prevention officer. A store manager then appeared and agreed to make the exchange.

“You’re being stereotyped when you are just following a regular store procedure,” Barton told the Daily News. “It shouldn’t have went down that route.”

“I feel the whole situation was very disheartening and embarrassing and unnecessary,” Gordon said.

The two hired an attorney who reached out to Barneys attorney Grace Fue. While the attorney initially explained that they were looking into the incident she ultimately stopped talking to the couple's attorney. That's when they decided to sue.

This isn't the first time Barneys has targeted African-Americans. In 2014 the store was forced to pay a $525,000 fine when the New York Attorney General charged them with racial profiling. The fine came after a 2013 lawsuit from 19-year-old black man, Trayon Christian, who was accused of credit card fraud while shopping at the store. That same year 21-year-old Kayla Phillips filed a complaint after NYPD officers demanded she turn over her temporary card after she purchased a Céline handbag from Barneys. They also demanded to know where she got the money to purchase the bag as well as the Chanel handbag she was carrying.

The company was required by the Attorney General's office to hire an anti-profiling consultant to help them learn to not racially profile customers.