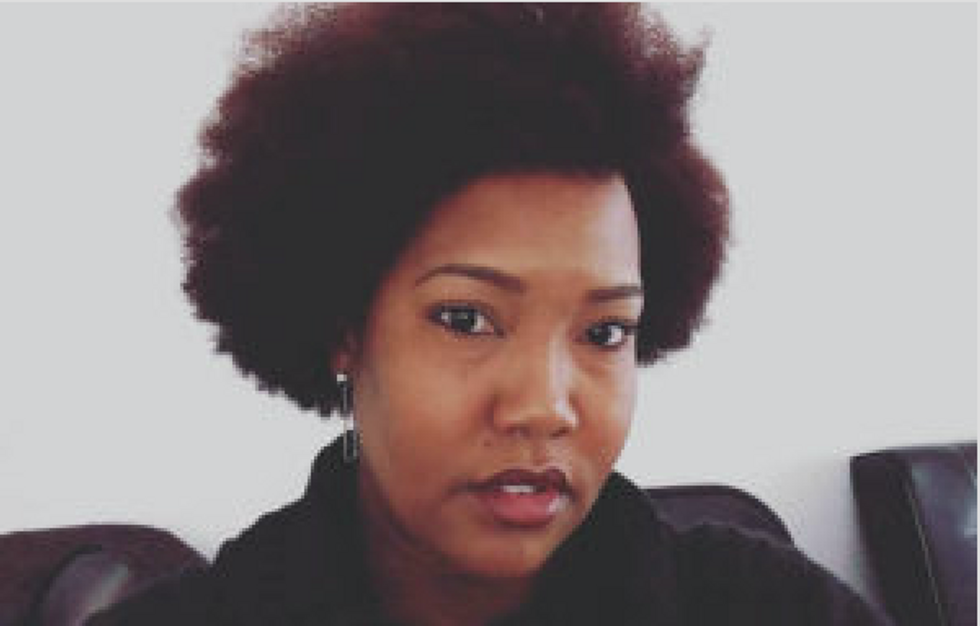 A Cleveland, Ohio adjunct professor wrote an epic response this week to a white student's essay claiming that slavery in the U.S. was "a positive thing" because it taught black people to stand up for themselves.

According to AtlantaBlackStar.com, Prof. Michelle Smith quoted the student's essay on her blog The Bluest I and said that maybe schools need to start having a White History Month after all so that millennial students can gain an accurate knowledge of this continent's history of exploitation, subjugation and disenfranchisement of nonwhites.

"Explain to his little ass that while slavery did allow White America to amass tremendous wealth during the two-plus centuries of its operation, which, in turn, allowed America to become a global superpower, submitting an essay entitled 'Slavery Changed America for the Better' that does not approach that idea from an economic standpoint solely is problematic as hell," Smith said.

She went on to explain that a white first-year student handed her that very essay, which she quoted:

“In conclusion, through slavery people have learned to stand up for what they believe in and show off who they are. Many people see slavery as a negative thing because of all the damage it had on people, physically and mentally. But in the end, slavery was actually a positive thing for the world because people learned to fight for who they are. It all started when slaves were brought to the colonies in the 1800’s. Men and women were forced to live in terrible conditions as farm hands and some as house servants. No slaves were given the privilege of reading or writing as that might cause [sic] to learn how to escape. They were encouraged to raise large families and the slave women would be taken by their masters for sex. However, slaves would use the underground railroad [sic] to escape and many did. This simple act of courage changed the world. This started the beginning of a long flight for equal rights because slavery started segregation . . . Racism really came about after slavery however, slavery was something that really opened up people’s eyes.”

Every February, Smith said, when Black History Month rolls around, her social media feed clutters up with white people wanting to know when White History Month is going to be -- in the same way that people use the phrase "All Lives Matter" as a cudgel against the Black Lives Matter movement.

"And usually I respond to this argument by counter-arguing that Americans are compulsorily taught the history of White America in school, but very few are taught about black history beyond receiving concise briefings on slavery, Emancipation, and Jim Crow," she said.

"Maybe all these angry Millennials are right," Smith said. "Maybe we do need a White History Month after all."

"Because maybe if we taught the history of slavery and Emancipation and Reconstruction and Jim Crow and the Civil Rights Movement in terms of what white people were doing during these periods rather than what black people were experiencing," she said, "if we used the 'great deeds done by great [white] men' paradigm with which Western history is generally taught -- if we completely subverted the black narrative the way we do the indigenous narrative, say, in teaching about the geographical expansion of the nation -- then white kids would actually know what the fuck happened."

The practice went on from the 1600s to to the 1860s, meaning "white people held generations of black people in bondage."

"Maybe if we had a White History Month, and we taught our young people even more of what white people did to establish this country, in more explicit terms than we generally use in classrooms and textbooks, then students wanting to write about slavery, like mine, could at least get that -- the timeline of the institution -- correct," she said.

She wrote that it is baffling to her that this student wanted her approval of -- and therefore collusion in -- his rewriting of history.

She provided an array of links to historically accurate books about the global slave trade and the U.S. and Europe's role in it.

"Let me give you a gift.," she said. "Links. There are wonderful book suggestions for very young to college-age kids here, here, here, and here. Have at them."