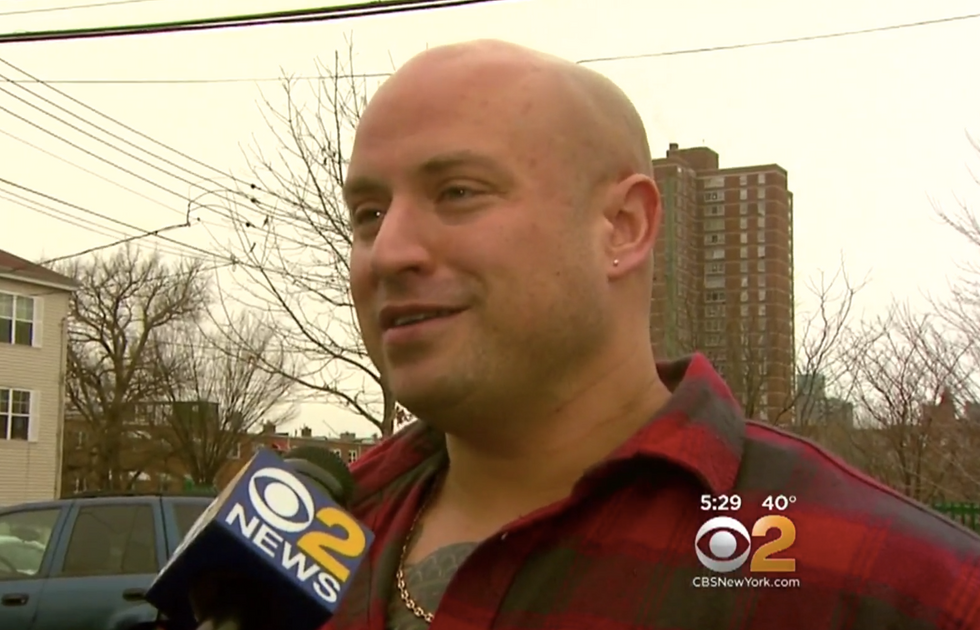 A white New York City emergency medical technician was reportedly lying when he said he was the victim of a racially-motivated attack on Christmas in the Bronx.

Mediaite.com reported Thursday that 41-year-old Steven Sampson's headline-grabbing story about getting stabbed and robbed of $2,600 worth of Christmas gifts by a "menacing group of thugs" has turned out to be full of holes.

According to Sampson, he was driving through the Bronx just after midnight on Christmas on the way to a Christmas party when he pulled over at an intersection to sort gifts. The EMT told police that a group of "thugs" approached him in ski masks and began to harass him for being white.

"'Hey cracker, we're going to take your sh*t.' Basically, that's what they said," he said in an interview with CBS News.

Sampson says he has a black belt in judo and used his skills to immobilize two of the men, but the two other attackers stole the presents from his vehicle.

When Sampson fled the scene, he said, he noticed blood coursing down his right arm from a stab wound just below the shoulder.

Police confirm that Sampson was stabbed in the arm, but they are reluctant to make any speculations as to how it happened.

Anonymous sources within the police department who spoke to the New York Post said that it quickly became clear to police that Sampson wasn't telling the truth.

“He gave so many different accounts of what happened, he’s no longer credible,” they said.

The New York Daily News said that Sampson has been charged with filing a false police report.

In recent years, the word "thug" has been appropriated by white conservatives as shorthand for young black men of whom they do not approve. Writer Charles F. Coleman Jr. said in Ebony magazine that "thug" is the new "N-word."

"The racial epithets of yesterday are no longer commonly acceptable but have been deftly replaced with terms that are racially neutral on their face, but the usage of which is almost exclusively reserved for Black and Latino people," Coleman wrote. "The result, is that through the persistent use of such language, folks are able to draw -- consciously and subconsciously -- associations between certain words and ethnic groups."

"'Thug' is the latest, and perhaps the most dangerous example of racism’s new lexicon," he said.