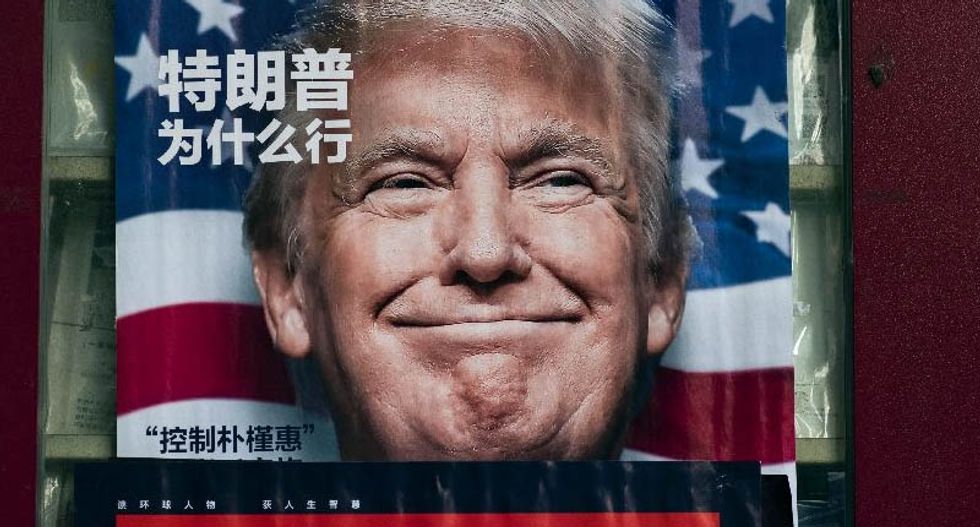 China on Monday rejected US President-elect Donald Trump's claim that it had "stolen" an American research drone, as state media said his diplomatic inexperience could spark a confrontation between the two nations.

On Sunday, after Beijing and Washington announced the drone would be returned, Trump tweeted: "We should tell China that we don't want the drone they stole back. - let them keep it!"

"Imagine that you found something on the street -- you would need to first check and verify it before handing it back to someone else," she told a regular press conference.

Hua said the two sides "are in smooth communication through military channels, and we believe the incident will be properly handled". She gave no further details.

The Chinese military is expected to return the probe to the US Navy in the South China Sea on Tuesday, a US defence official said.

"A US destroyer will be there," the official told AFP on Monday, speaking on condition of anonymity.

The Pentagon said last week a Chinese naval vessel had "unlawfully" grabbed the unmanned underwater vehicle around 50 nautical miles northwest of Subic Bay in the Philippines.

China said the drone had been snatched since it might pose a safety hazard to other vessels.

It also said it "strongly opposed" US reconnaissance activities and had asked Washington to stop them.

The US said the device was collecting information on water temperatures, salinity and sea clarity.

"China steals United States Navy research drone in international waters－rips it out of water and takes it to China in unpresidented act," he wrote.

The state-owned China Daily rejected the claim in an editorial.

"What is truly amazing about this tweet, was the soon-to-be US president completely misrepresented what had actually happened -- that is more dangerous than funny," it said.

Trump's behaviour "could easily drive China-US relations into what Obama portrays as 'full-conflict mode'," it added, next to a cartoon that depicted Trump riding a bull into a china shop while US businessmen looked on aghast.

"Trump is not behaving as a president who will become master of the White House in a month. He bears no sense of how to lead a superpower," the often nationalistic Global Times, which has close ties to the ruling Communist Party, said in an editorial.

There are broader tensions in the South China Sea, where China has moved to fortify its claims to the region by expanding tiny reefs and islets into artificial islands hosting military facilities.

Brunei, Malaysia, the Philippines, Vietnam and Taiwan have competing claims in the waterway.

The Philippines described the latest incident as troubling and said it might require its US ally to inform it about what it called drone movements in Philippine waters.

Defence Secretary Delfin Lorenzana said Manila had been unaware of the presence of the drone, adding the incident increased chances of miscalculations that could lead to "open confrontation".

While the US takes no position on sovereignty claims in South China Sea, it has repeatedly stressed freedom of navigation.

Its military has conducted several operations in which ships and planes have passed near the sites Beijing claims.

Former United Nations Ambassador Nikki Haley appears to be making a shift from her attacks on former President Donald Trumpa after Jan. 6. Now she appears to want room for supporting him once again.

While announcing that she wouldn't see the presidency in 2024 if Trump does, Haley was ridiculed for the turnabout.