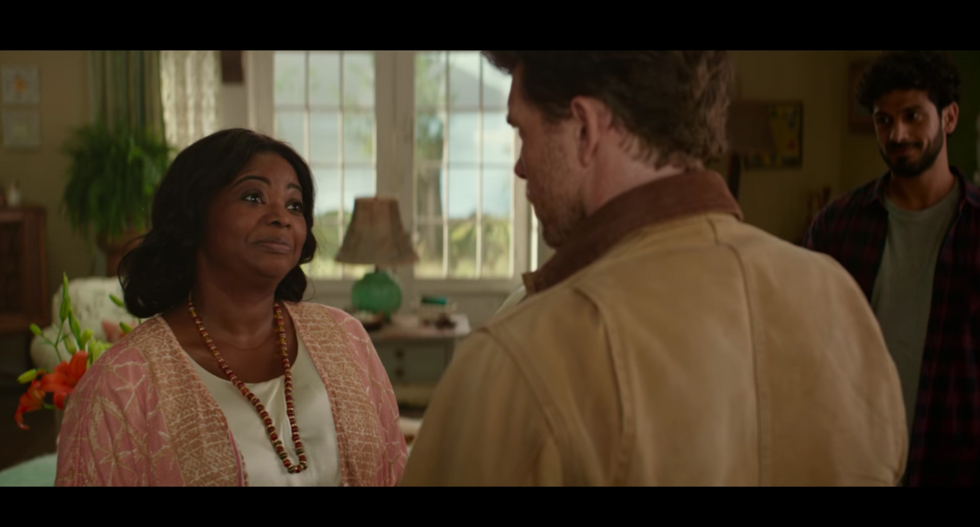 Christian leaders are warning followers of the faith to steer clear of the upcoming Christian fiction flick The Shack, arguing if the film follows a “faithful portrayal” of author Willam P. Young’s book, it will “smear the evangelical understanding” of the Bible.

“If the film is a faithful portrayal of the events and the theology of the book, then every Christian should be gravely alarmed at the further advance of beliefs that smear the evangelical understanding of the truth of the Bible,” Christian author James B. DeYoung, an acquaintance of the book’s author, told Christian News Network.

Lionsgate Entertainment bought the rights to the 2007 book in 2013, and is scheduled to release the film in March 2017. The storyline follows a man who spirals into a deep depression after his daughter is murdered. When he received a letter from “Papa” urging him to return to the site of his daughter’s murder, he meets god, portrayed as a “fat black woman,” Jesus, and a young Asian woman name Sarayu, who serves as the Holy Spirit.

Joe Schimmel, the pastor of Blessed Hope Chapel in Simi Valley, California, told Christian News Network the “pretentious caricature” of god as a fat black woman is “dangerous and false.”

“Young’s pretentious caricature of god as a heavy set, cushy, non-judgmental, African American woman called ‘Papa’ (who resembles the New Agey Oprah Winfrey far more than the one true god revealed through the Lord Jesus Christ—Hebrews 1:1-3), and his depiction of the Holy Spirit as a frail Asian woman with the Hindu name, Sarayu, lends itself to a dangerous and false image of god and idolatry,” Schimmel said.

“Tragically, these heresies are reflected in the aberrant fictional theology presented in The Shack,” Schimmel continued. “These are not mere trivial matters but strike at the very heart of god’s character and the gospel that saves our eternal souls.”

Schimmel and DeYoung also take issue with The Shack author’s believe in universalism, or the doctrine that believes all people, regardless of sin, will ultimately go to Heaven.

“In 2004, [Young] prepared and released a 103-page document for our M3 Forum in which he rejected his ‘evangelical paradigm’ and embraced universal reconciliation [UR],” DeYoun said. “He has never renounced the particulars of universal reconciliation, [and] he refuses to say that other world religions are in error in their assessment of Jesus as the unique son of god.”

Schimmel similarly insisted Young’s refusal to say god will “pour our his wrath on unrepentant sinners” makes his depiction of god in The Shack especially dangerous.

“Jesus warned of a time, after his ascension, that some of his servants would conclude that he was delaying his coming and would also live wicked lives,” Schimmel said. “Sadly, as we await our lord’s return from heaven, many are guilty of fashioning images of god that they find more accommodating to their desires and chosen lifestyles and calling these gods ‘Yahweh.’”