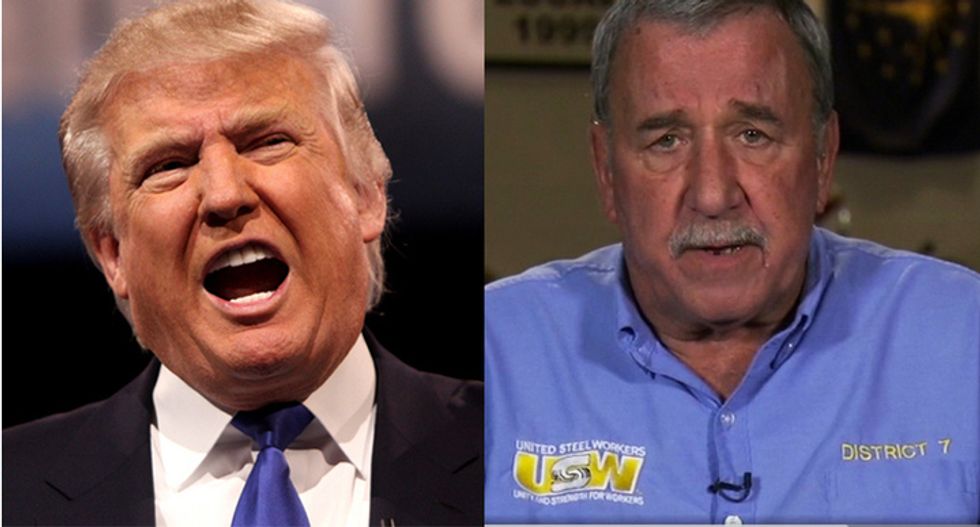 Chuck Jones, the president of Union Steelworkers 1999, wrote an op-ed for the Washington Post Thursday, arguing he’s “tired of being lied to” about the Carrier jobs he’s fighting to save.

In his piece, Jones traced the circumstances that culminated in Donald Trump’s highly-publicized “victory” announcement that he reached a deal with company to keep over 1,000 jobs from moving from Indianapolis, Indiana to Mexico.

According to Jones, following Carrier’s announcement in February that they were closing the facility, he “worked tirelessly to keep Carrier in our city,” even finding $23 million in savings for the company. Carrier refused, citing the money they would save by moving to Mexico. “We couldn’t match that unless we were willing to cut wages to $5/hour and cut all benefits,” Jones wrote.

When Trump joined the negotiations, Jones write that he cautioned his union members about getting their hopes up, and with good reason: 550 people would still lose their jobs at Carrier. Referring to Trump’s victory wherein the president-elect boasted about the number of jobs he saved, Jones wrote:

“Trump didn’t tell people that, though. When he spoke at our plant, he acted like no one was going to lose their job. People went crazy for him. They thought, because of Trump, I’m going to be able to provide for my family.

All the while, I’m sitting there, thinking that’s not what the damn numbers say. Trump let people believe that they were going to have a livelihood in that facility. He let people breathe easy. When I told our members the next day, they were devastated.”

Jones noted the influx of hate mail and death threats he’s received since speaking out against the president-elect, writing that to him, “the attention isn’t a big deal.”

“I’ve been doing this job for 30 years. In that time, people have threatened to shoot me, to burn my house down. I’m not a macho man, but I’m just used to it,” Jones added.

Jones closed his piece with a biting message to the president-elect and the corporate greed that prompted Carrier to leave in the first place. “Company leaders are racing to the bottom, to find places where they can pay the least,” Jones wrote. “It’s a system that exploits everyone.”