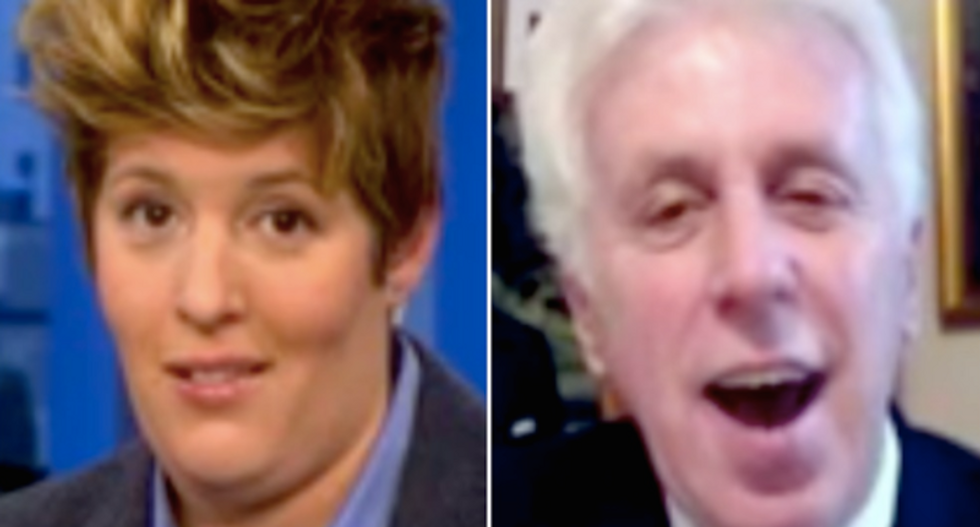 Jeffrey Lord left another CNN contributor speechless by insisting classified intelligence briefings -- which can reveal the world's most secret information -- covered topics as mundane as the relative temperature of the sun.

Sally Kohn, a liberal activist and commentator, reminded Lord on Tuesday morning that Donald Trump and other Republicans had sharply criticized Hillary Clinton for not speaking directly to the press -- something the president-elect has not done himself for months.

"Not only has he not given a press conference in -- what is it, 139 days? -- but he's delaying for a month the one he promised to give (on his business involvement as president)," Kohn said.

Kohn said she was confident that Republicans would also hammer Clinton if she had stopped taking intelligence briefings, as Trump has, just weeks after winning the election.

"The thunder of Republican objection and outrage would be deafening," Kohn said, as Lord attempted to interrupt. "In fact, it was Donald Trump in 2014 who bashed President Obama for rumors -- rumors -- that he wasn't fully reading the briefings. But Donald Trump's really smart, so it's okay -- right?"

Lord laughed, and he then reminded Kohn that former CIA director James Woolsey said some presidents preferred to read their daily briefings, while others preferred to speak with intelligence analysts.

"Yes, but they take them, Jeffrey," Kohn said.

Lord agreed with Trump, who complained over the weekend that those classified briefings had so far only revealed "the same thing in the same words every single day."

Kohn finally regained her footing and bashed Lord for his glib and superficial argument about an issue of national security.

Lord responded with a partisan taunt.

"Sally, I am going to enjoy the next four years as much as you enjoyed the last eight,"