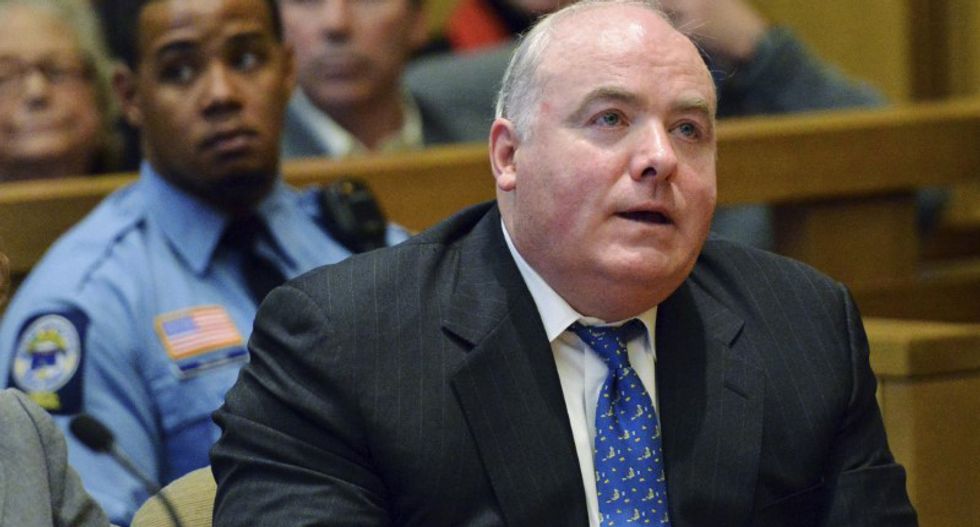 Michael Skakel reacts to being granted bail during his hearing at Stamford Superior Court, in Stamford, Connecticut November 21, 2013. REUTERS/Bob Luckey/Pool

A divided Connecticut Supreme Court on Friday reinstated the 2002 murder conviction of Michael Skakel, a relative of the Kennedy family, in the 1975 murder of his neighbor Martha Moxley.

By a 4-3 vote, the court rejected a 2013 ruling by a lower court judge that Skakel's trial lawyer did not provide an adequate defense, and that Skakel should be retried.

Hubert Santos, a lawyer for Skakel who argued that the 2013 ruling was correct, did not immediately respond to requests for comment.

Moxley was found beaten to death with a golf club at her family's Greenwich estate on Oct. 31, 1975, when she and Skakel were 15 years old.

Skakel, a nephew of Ethel Kennedy, widow of U.S. Senator Robert F. Kennedy, was sentenced to 20 years to life in prison for the murder, and had already served 11 years when he was set free following the 2013 ruling.

Police investigating the crime originally looked at Michael Skakel and his brother Thomas as suspects in the murder, along with a tutor. Both brothers were romantically interested in Moxley, and Michael Skakel was charged after three witnesses testified that he had confessed to the murder.

Santos had argued that Skakel's trial lawyer was more focused on winning fame than his client's freedom, and should have presented evidence that Thomas Skakel, who was not charged, might have committed the murder.