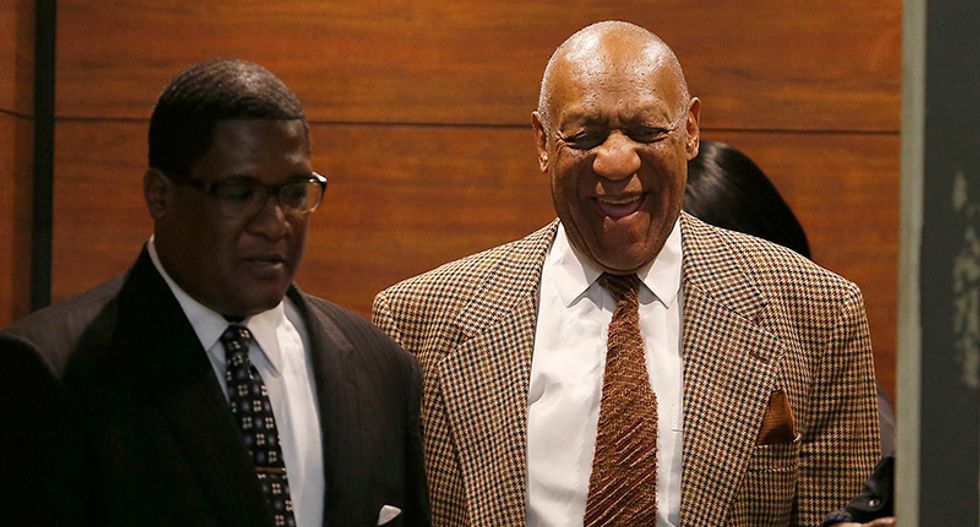 Bill Cosby (R), exits an elevator as he returns to court for a hearing where his lawyers are expected to renew their battle with prosecutors over whether more than a dozen female accusers can testify at his criminal sexual trial next year, in Norristown, Pennsylvania, December 13, 2016. REUTERS/DavidMaialetti/Pool

Bill Cosby returns to a Pennsylvania courtroom on Tuesday, where his lawyers are expected to renew their battle with prosecutors over whether more than a dozen female accusers can testify at his criminal sexual trial next year.

The outcome of the argument is crucial for Cosby, 79. If prosecutors are successful, the entertainer would face a parade of witnesses portraying him as a serial predator, rather than a single woman testifying about a decade-old encounter fueled by drugs and alcohol.

Cosby's reputation as a family-friendly comedian has been shredded by sexual assault accusations from around 50 women going back decades. Thus far, the Pennsylvania case is the only criminal prosecution he faces, though he is fighting multiple civil lawsuits.

Andrea Constand, a former basketball coach at Cosby's alma mater Temple University, has accused him of drugging her with pills and wine in 2004 at his home before sexually assaulting her.

Prosecutors have chosen 13 other women whose accounts bear striking similarities to Constand's story, describing Cosby's efforts to establish a rapport first before using drugs to incapacitate them.

Typically, prosecutors cannot introduce evidence of unrelated "prior bad acts," because it could prejudice jurors against a defendant. But state law allows an exception in rare cases if the previous instances show a longstanding pattern of behavior.

Cosby's lawyers have argued that it is unfair to allow testimony about encounters that occurred years or decades ago and remain unproven.

Last week, O'Neill ruled that prosecutors can use at trial potentially damaging testimony that Cosby gave about his sexual history in 2005 during Constand's civil case.