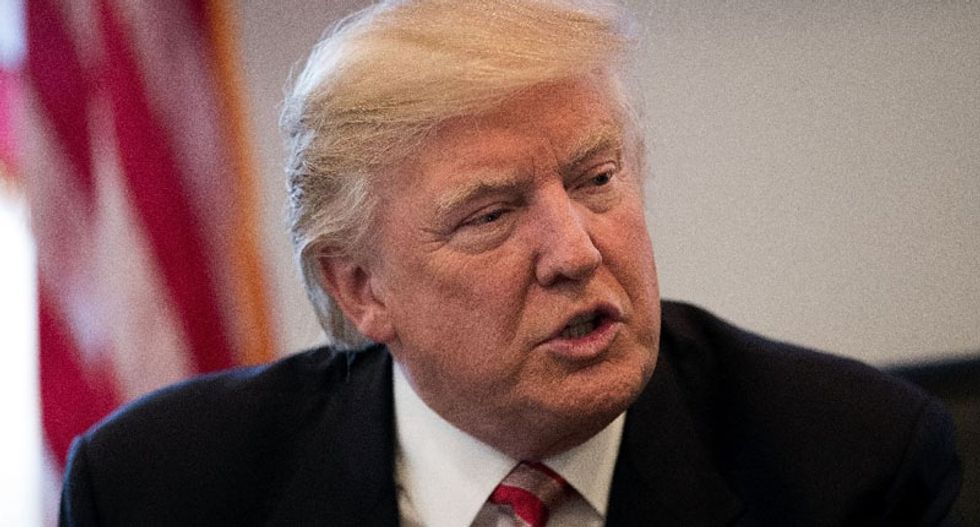 President-elect Donald Trump on Saturday mocked the "enemies" who he says he defeated.