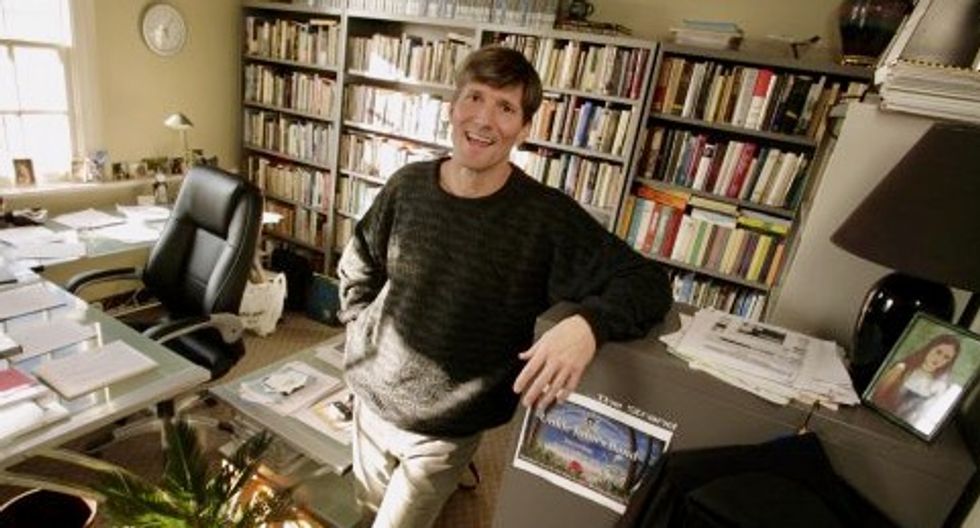 Eight women who appeared as children in illegal pornography have sued a former Pennsylvania college professor, saying they are owed damages because he owned and traded images of them being sexually abused.

The women, who are given pseudonyms in the lawsuit, accuse Kirk Nesset, a former English and creative writing professor at Allegheny College in Meadville, of harming them by possessing and trading their pornographic images.

“Victims of child pornography are constantly aware that their child sex abuse images will never disappear,” lawyers Carol Hepburn of Seattle and Katie Shipp of New York, who represent the women, wrote in the complaint filed last week in U.S. District Court in Erie.

Victims "will be repeatedly victimized by individuals like the defendant who endlessly participate in the market for child sex abuse images,” they said.

Michael  Bruzzese, a Pittsburgh lawyer who represented Nesset at his criminal trial, did not respond to a request for comment.

The victims were identified on a computer database maintained by the National Center for Missing and Exploited Children, according to the lawsuit.

Nesset was on the Allegheny College faculty for two decades and was a renowned poet, critic, and writer of short stories. His collection “Paradise Road” won the 2007 Drue Heinz Literature Prize of the University of Pittsburgh. He resigned from the college after his arrest in 2014.

FBI agents in Arizona traced a transaction in child pornography on the BitTorrent file-sharing network to his computer, according to court papers. A search warrant for his home in Meadville uncovered more than a half-million illegal pornographic images on an external hard drive.

Nesset confessed to the crimes, telling the Federal Bureau of Investigation that while he owned pornographic images of children of all ages, he preferred those of girls aged 10-13 years.

He is presently serving six years and four months in the federal prison in Lompoc, California.

Federal child pornography law provides for statutory damages of $150,000 per victim, but Hepburn said the victims are also seeking compensatory and punitive damages for the physical and psychological harm they suffered.

“In experiences like this, they suffer from paranoia and hyper-vigilance,” Hepburn said. “It causes wear and tear on the body and can exacerbate underlying medical conditions."