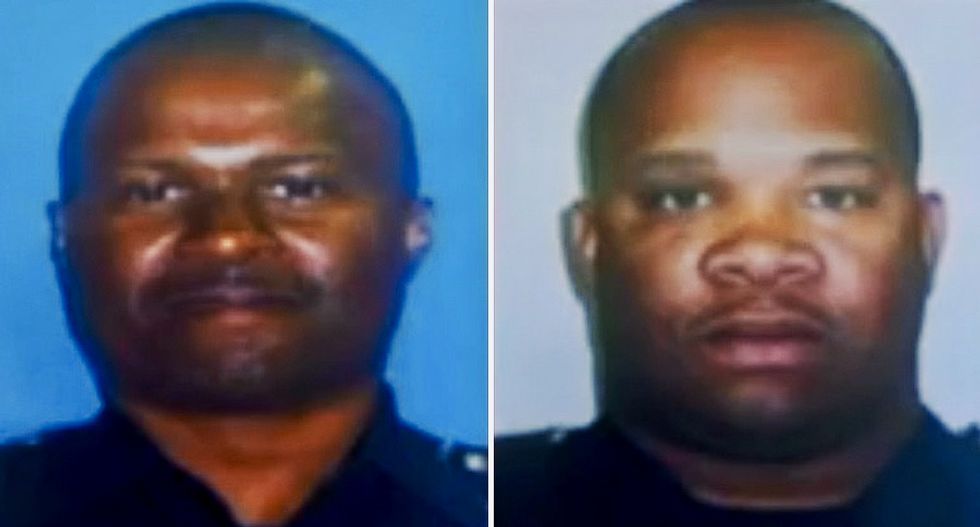 A Georgia former policeman was sentenced to life in prison on Wednesday after he was found guilty of murder earlier this month in the death of a suspect shocked repeatedly with a Taser while handcuffed.

Marcus Eberhart, who was a sergeant in the Atlanta suburb of East Point, and another former officer, Howard Weems, in April 2014 shocked Gregory Towns, 24, with Tasers more than a dozen times when he refused to walk to a patrol car as he was being taken into custody, prosecutors said.

Eberhart was given the life sentence and Weems, convicted of lesser offenses, including involuntary manslaughter and reckless conduct, received a five-year sentence.

A grand jury indicted the two officers in August 2015 amid a heightened national debate over the use of lethal force by police, especially in confrontations with racial minorities. Towns and the two policemen charged in his death were all black.

(Writing by by Jon Herskovitz; Editing by David Gregorio)