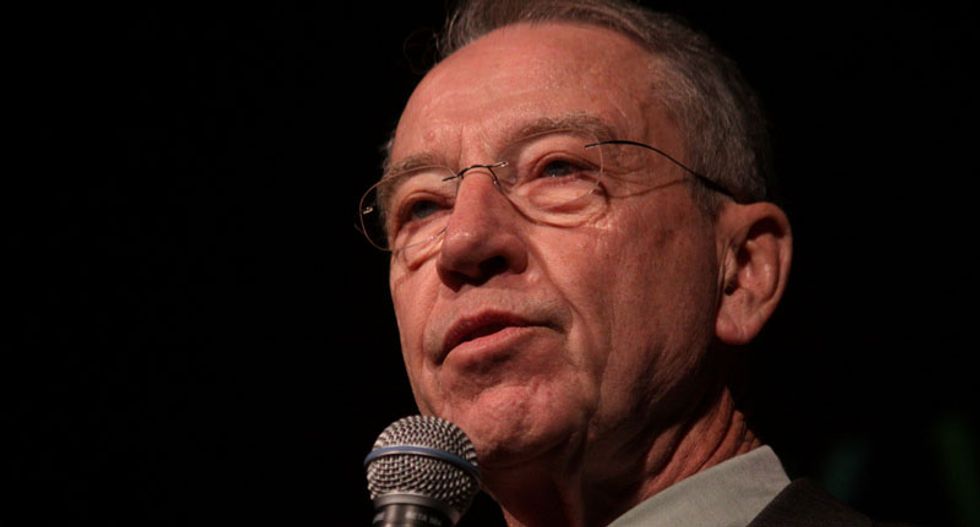 Sen. Chuck Grassley (R-IA) railed against the History Channel’s original programming, on Thursday, suggesting “if you don’t like history” you should watch one of the channel’s top rated shows, “Pawn Stars.”

If u don't like history now is time to go HISTORY CHANNEL and u can watch PAWN STARS
— ChuckGrassley (@ChuckGrassley)1483034986.0

As Salon notes, Grassley, has been a vocal critic of the History Channel since 2012, when he complained the network lacks “real old fashion history program.”

“Turned to the History Channel,” Grassley wrote in a March 10, 2012 tweet. “No history again.” In another he urged the network to “change channel name.”

This Christmas, Grassley revived his beef with network, encouraging his followers to “watch some history on the History Channel before it disappears for something not so historical.”

Hurry Hurry watch some history on History Channel before it disappears for something not so historical
— ChuckGrassley (@ChuckGrassley)1482680100.0

A&E launched The History Channel in 1995 to broadcast documentary programs and historical fiction shows. As was the case with music on MTV, ratings eventually dictated the channel expand it’s reach. In June 2007, it launched the reality-TV show “Ice Road Truckers,” which proved a ratings success for the network. Shortly thereafter, the channel changed its name to simply History.

Grassley is not the only person who’s spoken out against the remarkable lack of history on the History Channel. In a 2011 forbes.com article, Brad Lockwood asked the succinct question, “where’s the history on History?”

“Everything we do is History—from Pawn [Stars] and [American] Pickers, which are history one item at a time,” a History spokesperson told Lockwood.

Though Grassley admitted in 2012 to enjoying “American Pickers,” it appears the Republican senator is still dissatisfied by the channel’s offerings. Maybe his public advocacy will finally force the channel to put history back on History.