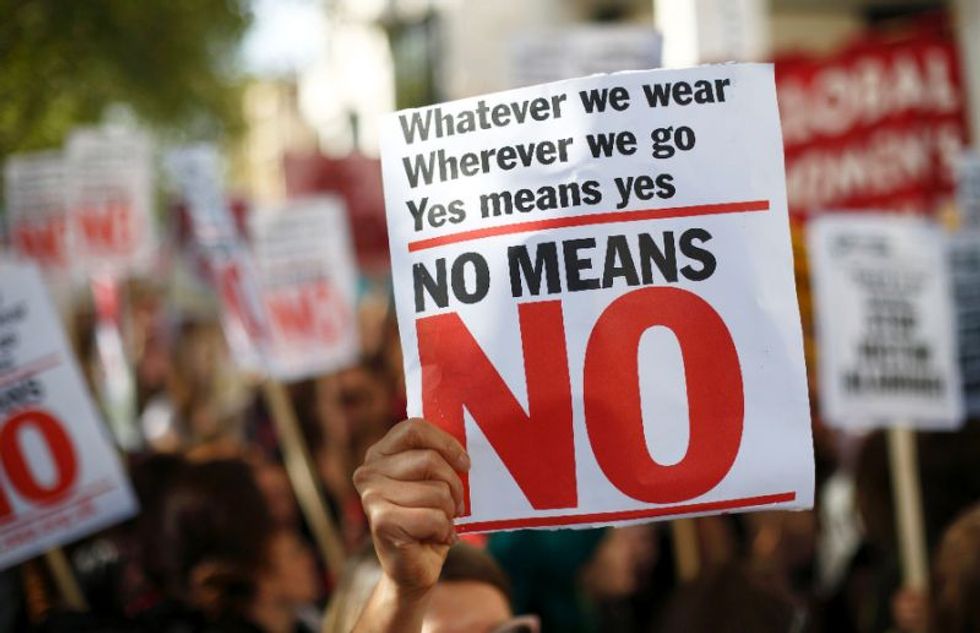 More than 106,000 sexual offences, including nearly 36,000 rapes, were recorded by police in England and Wales in the year ending March 2016 (AFP Photo/Justin Tallis)

A Stanford University graduate student has filed a lawsuit against the school alleging that the administration ignored various reported sexual assault accusations against one male student between 2011 and 2014, the Guardian reports.

The student who has chosen to identify as Jane Doe — and has also used the pseudonym Celena Dako — alleged earlier this year that the male student had been physically and sexually violent with her and three other students over the course of the perpetrator's time at Stanford.

Doe's lawsuit was filed by the advocacy group Equal Rights Advocates, and alleges the following:

The complaint alleges that an unnamed male student strangled one victim and told her “no one will notice when you die” before raping her and that he repeatedly told another woman to “kill herself” after sexually assaulting her.

The complaint also noted that the women's experiences with reporting their abuses to Stanford were not satisfactory and calls the university "deliberately indifferent."

According to Palo Alto Online, Lisa Lapin, a spokeswoman for the university said that while they are sympathetic to Doe's complaints, Stanford "will be vigorously defending the lawsuit as we believe that Stanford has acted appropriately in this matter."

Doe's lawsuit also alleges that the university violated Title IX policy because it denied to provide equal "educational opportunities" by not seeking any kind of disciplinary action against the accused student. The complaint refers to the alleged abuser as a "known sexual predator on campus."

Another victim claimed that she was advised to "take individual steps to deal with her rape and improve her mental health, such as renting a car and going to a beach."

Stanford University has been in the spotlight this year over the case of student Brock Turner, who was convicted of multiple counts of felony sexual assault after assaulting an unconscious woman.

After the case made national headlines, the university adopted a new policy to ban large quantities of hard liquor from undergraduate events.

The policy read, "A woman will get drunk faster than a man consuming the same amount of alcohol," adding that women should "optimize the positive effects of alcohol and avoid negative consequences."

The university's proposed policy further protects accused rapists, but also does not apply to the graduate school, or staff events.

Doe and another victim filed complaints with the Department of Education’s Office for Civil Rights.