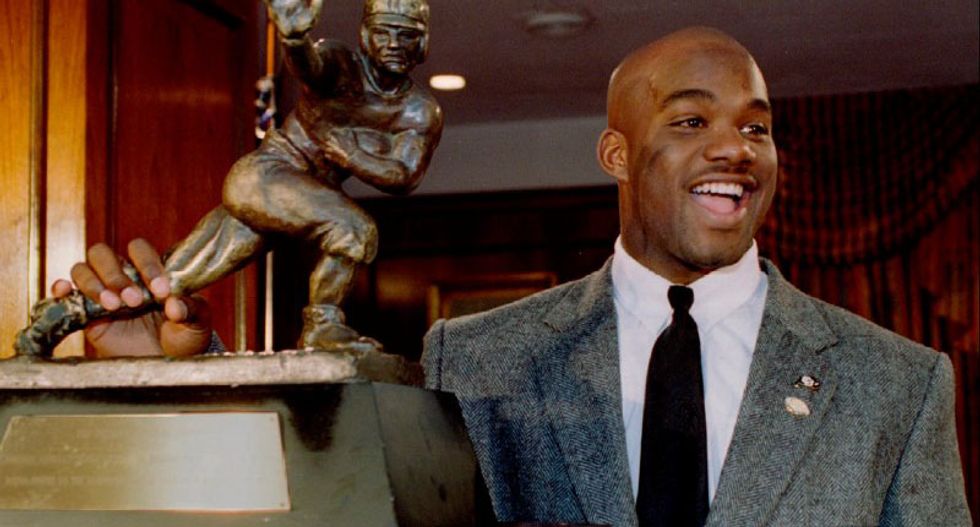 The death of Rashaan Salaam, a winner of college football's Heisman Trophy whose body was found in a city park this month in Boulder, Colorado, was ruled a suicide by a county coroner on Thursday.

Salaam, 42, died from a gunshot wound to the head, the Boulder County Coroner's Office said in a statement following an autopsy.

A passerby found Salaam's body on Dec. 5, Boulder police said. Salaam, who had played for the Chicago Bears and the Cleveland Browns, lived in Superior, Colorado, just southeast of Boulder.

Salaam won the Heisman Trophy, college football's highest honor, as a University of Colorado running back in 1994, becoming the only player from that school to do so. A California native, he was the son of another NFL player, former Cincinnati Bengals running back Teddy Washington.

The Chicago Bears chose him in the first round of the 1995 NFL draft, and he also played for the Cleveland Browns in a career lasting four seasons.