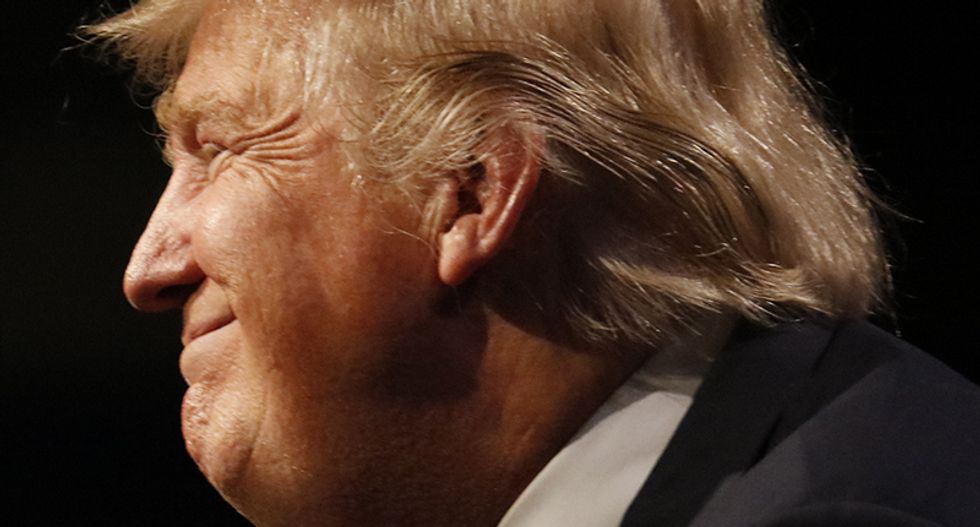 In a recent CNN interview, former aide to President Bill Clinton, Keith Boykin blasted President-elect Donald Trump as potentially becoming one of the most corrupt presidents since Richard Nixon. "He’s not going to drain the swamp – he is the swamp," Boykin said. Even comedian Seth Meyers knocked Trump's secretary of state pick, Exxon Mobil CEO Rex Tillerson, saying, "When they drained that swamp there was oil at the bottom."

Despite promises to end the "usual politics" and "drain the swamp," a recent report from Politico outlines that Washington, D.C. lobbyists have cracked the code on influencing the president-elect and getting past his campaign pledges.

Just days after the election, Trump's transition team was found to be stacked with lobbyists. With former Gov. Chris Christie at the helm, the unexpected organization drew criticism for being the antithesis of Trump's claims to end corruption. The blunder was just the first in a long line of transition missteps. It was rectified by throwing Christie under the bridge and instituting strict rules against lobbyists in the transition or administration.

Politico reported that after the flub, any person joining the transition team or the administration will be forced to sigh this waiver:

“By signing below I hereby certify that I am not currently registered and reporting as a federal lobbyist as defined by the Lobbying Disclosure Act as amended or as a compensated lobbyist at the state level in any state. If I was listed as lobbyist in the most recent lobbying disclosure forms or reported to be filed by federal or state law, I hereby notify the president-elect’s transition team that I have filed the necessary forms to the appropriate government agency to terminate my [lobbying registration]. I will provide the transition team with written evidence of my federal or state lobbyist termination as soon as possible."

This was part of Trump's strict plan to ban lobbyists for the next 5 years, but an earlier code of ethics required only one year. The ban doesn't include anything about former lobbyists, spouses or children of lobbyists, former elected officials or executives in major corporations. The result is that power players of any kind are able to score access by playing on Trump's desperate need to be loved.

Before the election, Eugene Robinson wrote that Trump is an egomaniac. While many have made similar quips, he explained that Trump's entire admiration of Vladimir Putin seems to be based on a compliment he once received from the Russian president.

"There you have it, folks," Robinson began. "The distilled essence of Trump’s disgraceful campaign. It’s not about immigration or foreign policy or making America 'great again,' whatever that means. It’s entirely about Trump and his raging egomania."

This very thing is unfolding as power players are maneuvering themselves to influence a "textbook narcissist."

Such a characteristic made it easy when former Senator, World War II hero and presidential candidate Bob Dole came knocking. Politico explained that Dole's quick and unwavering support of Trump made it easy to get his foot in the door when lobbyists sought to get Trump to accept a call from Taiwan. Dole is a lobbyist for the island. Similarly, Richard Burt was able to shape Trump's first foreign-policy speech and at the same time he was lobbying on behalf of a Moscow-controlled gas company.

Condoleezza Rice, Robert Gates and James Baker reportedly all lobbied Trump to appoint Tillerson for secretary of state, despite his controversial Russian ties.

The anonymous lobbyist Politico spoke to admitted the goal is to put the right power player in front of the president-elect. The second piece is to do it at exactly the right time. According to billionaire Mark Cuban, Trump is notorious for making his decisions based on the last person he talks to.

"Since Trump presents himself as a person of stature, a strong leader and businessman, it stands to reason that he would be similarly keen on hearing from, if not be impressed by, other such people,” said executive director of the Center for Responsive Politics, Sheila Krumholz.

"It’s easy to cast aside lobbyists because they’re not held in high regard,” she explained, “but it’s harder to cast aside someone who may be carrying the same message” but is close to a Trump advisor or has immense power themselves.

Trump ran as a Washington outsider, proclaiming “We are going to give you the respect that you deserve,” he told an Iowa crowd before the election. “Hillary’s an insider fighting only for herself and her special interests. I’m an outsider. I’ve become an outsider fighting for you.”

However, one doesn't have to be a politician to be an insider. Trump has embraced those who own and operate major corporations and if a CEO or board chairman wants a meeting with him it is granted. As part of Trump's egomania and narcissism, having a business tycoon seek him out as an important person worthy of their time is one of the ways to his heart.

“Donald loves Donald," former "Apprentice" winner Randal Pinkett told The Guardian in March. “His identity is wrapped around being a winner. If you challenge him, or if he’s put into a losing position, now you begin to take Donald out of his comfort zone.”

Trump has come under fire in the wake of the election for appointing cabinet members who represent big business instead of the working people who elected him.

“The business community and corporate CEOs might in some instances be the best advocate for your policy position,” a Republican with ties to the transition told Politico. One doesn't have to be a registered lobbyist to lobby a president and in this case it's better if the person isn't.

Yet, most business leaders are not ones known for thinking outside of the box or working for the "little guy" either. The appointed billionaires are even less enthusiastic about the more vulnerable among us. In Trump's world, the richer you are, the smarter you must be. After all, he's rich and he also believes that he is smart.

The former right-wing radio host, turned Congressman, turned disgraced governor spent a lot of time in Washington and in politics. His time on The Hill means he's already known to former officials who have entered the "government affairs" arena as well lobbyists. While Pence may not have built a kitchen cabinet of K Street influencers, all of his conservative buddies have.

Politico notes that the fact that an Indiana consultant for Seema Verma for the Centers for Medicare and Medicaid Services and the proliferation of Hoosiers is in the running for secretary of agriculture proves Pence has influence.

“[Trump] believes Pence has an understanding about conservatism, about Washington and about government that he doesn’t,” said a Republican with knowledge of the transition. “And there’s an open door to Pence from the conservative world.”

While most politicians have hard-nosed staffers that serve as a buffer for outsiders or even be a person who can do research on the person the meeting. Trump not only doesn't have that but he doesn't want it. It could mean an open door for any power player seeking to bend his ear.

“There’s always been a cocoon around the president, and Trump has demonstrated he wants to talk directly to people and not have it all filtered from staff,” Politico cited a Republican knowledgeable about the transition.

During the campaign, Sen. Elizabeth Warren (D-MA) played the role of an elected internet troll, constantly going after Trump using strong language and name-calling. Trump took the bait every time, attacking her like a cat chasing a laser pointer. Doing the exact opposite seems to be the strategy for those seeking to influence the new White House and it looks to be working.